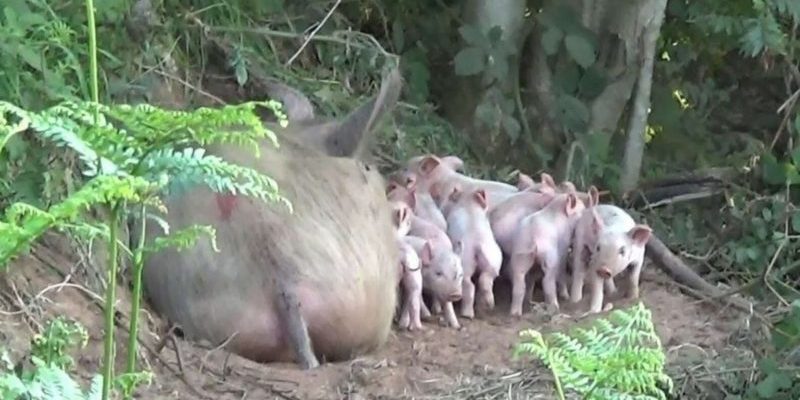 This story happened on a pig farm, the vast majority of whose inhabitants do not live up to a year. Only some are prescribed to give offspring and then become raw materials for sausage products. But one of the pigs was able to defy fate, and miraculously escaped the fate of their relatives. She saved not only her life, but also her offspring from imminent death. 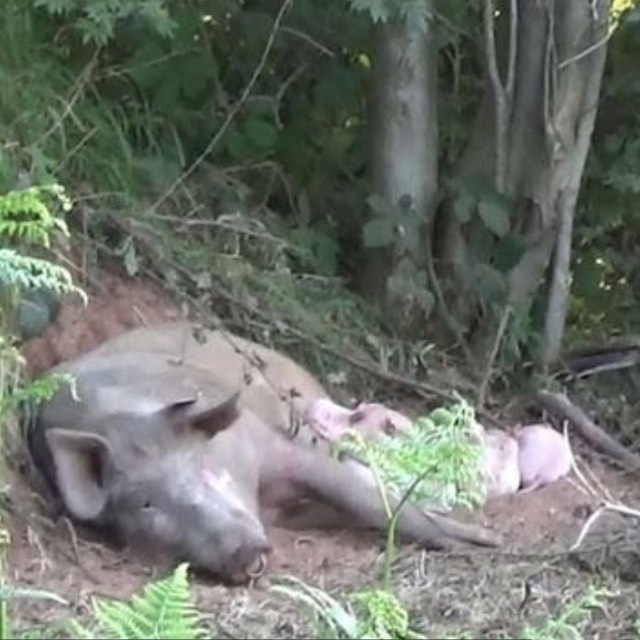 A pregnant sow, who was supposed to give a second litter, made a tunnel under the fence and was able to escape unnoticed into the nearest forest. She decided to give up the well-fed life on the farm and run into the unknown. She found a secluded place and safely gave birth to the 9th. But then the problems started. The nose ring, another evidence of human barbarism, prevented her from getting food. Feeding the babies required a lot of energy, and she began to lose weight rapidly.

The half-dead fugitive was found by neighbors of farmers. And although they knew about the loss, a non-standard decision was made – to call specialists from the organization of animal protection. The group that arrived at the place took the pig and piglets to the shelter. Mom began to fatten up. But there was a serious problem. The family of pigs was private property, and this obliged them to return to their owners.

Volunteers have launched a wide-ranging campaign on the web, calling for the protection of an animal that has achieved freedom with such difficulty. There was an uproar, and the farmer had to give in. Now the heroine mom and her cubs are safe. And they have a sure chance to live a happy pig life that lasts 15-20 years.