Harry has loved and cared for his sweet dog, Sarah Jane, for many years. They are best friends, but the first thing Harry will tell you about Sarah Jane is that she is the boss.

“She’s such a good dog. Everybody in this neighborhood loves her. Everybody takes care of her,” Harry said.

She rushed to Harry’s rescue when he needed it most. 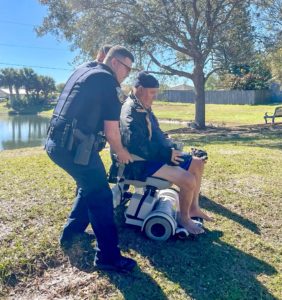 Harry took Sarah Jane for a walk as usual. They were walking together when suddenly Harry’s wheelchair got stuck in the mulch. The man realized he was in real trouble when he lost traction and slid right into the lake. Harry flipped over and was stuck underwater. 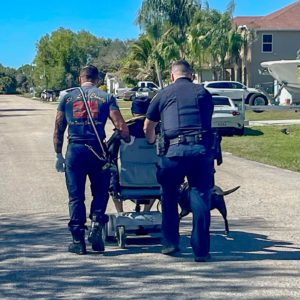 At first they thought the dog was attacked by alligators. But as they got closer, they saw Harry’s head just above the water in an overturned wheelchair. Edward, and Abie called for an officer who was nearby.

“The dog was splashing in the water,” Edward said. “We both ran over there. I jumped into the water right away. My buddy grabbed Harry’s arms and I grabbed his legs and we pulled him to shore.” 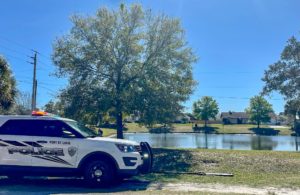 This situation could have ended badly if Harry’s loyal dog had not done everything possible to save him. Everyone was surprised at how smart the dog was. And Harry was incredibly grateful for what she did. 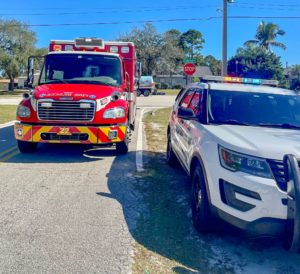