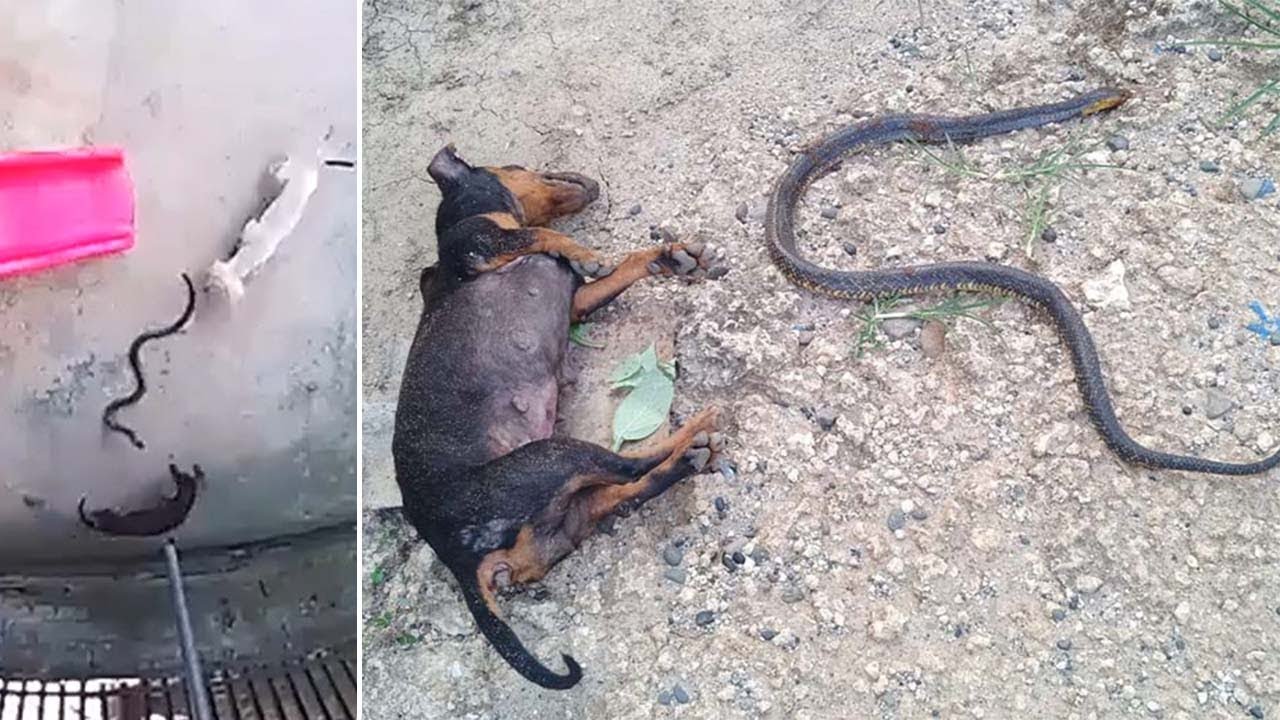 Two dogs sacrificed their lives to prevent the cobra from entering the house where the child was sleeping.

A one-year-old girl named Sky was sleeping in a house in Kidapawan, Philippines, when a deadly snake crawled into the front garden. 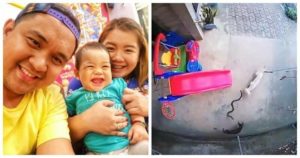 The CCTV footage shows how the two-year-old white dachshund Moxie immediately rushes at the snake and starts barking. The second dog, Miley, starts a frenzied attack and grabs a cobra. The cobra wriggles furiously, and tries to crawl away from the dogs. But together they bite the cobra by the tail and drag it away from children’s toys and the room where Skye slept. 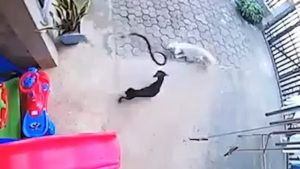 After a two-minute fight, the snake stops moving and dies. Miley’s dachshund also died from her injuries after being bitten by a cobra — one of the most venomous snakes in the world. Moxie survived, but was left blind after poison got into her eyes. 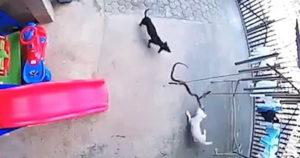 Sky’s father, Jaime Selim, said he and his wife, Powie, were at work at the time. But their daughter was sleeping at home under the supervision of a nanny.

He said: “When we arrived, our assistant told us what had happened and examined the cameras. We were shocked, but proud of the dogs.”

Jaime added: “I don’t know how to thank my dogs for protecting my child. And we’re going to miss Miley a lot.”