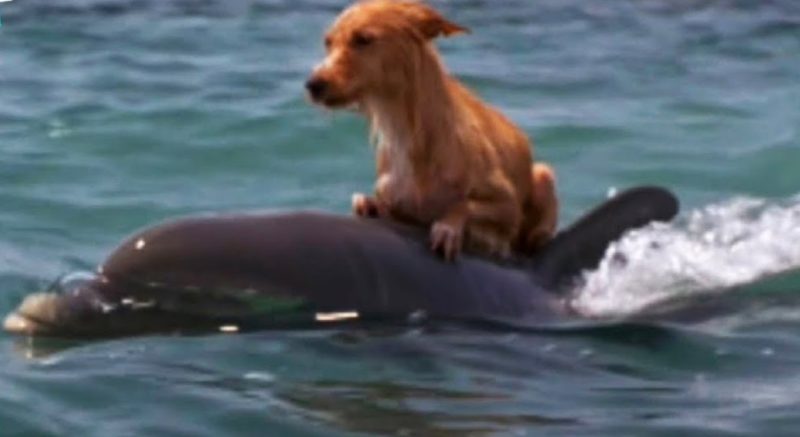 Dolphins are intelligent and curious mammals, which are often credited with helping people and animals in difficult times. They are known to be funny, but they can also be unpredictable. There are many stories about dolphins that protect people from sharks.

A small brown terrier, unnoticed, fell into the rough waters of the channel off Marco Island, Florida. The dog had to fight to stay afloat when he was spotted by a flock of dolphins. Dolphins swam up to the frightened dog, began to circle over him, making a lot of noise. This noise attracted the attention of some people nearby who went to the canal to see what was going on. Fortunately, they saw a small dog desperately swimming through the water surrounded by dolphins.

One of the dolphins was seen pushing the exhausted dog with his nose to help him stay on the surface of the water. And another dolphin swam under the dog so that he would not drown. The dolphins seemed to sense what they needed to do to help the dog survive. And they also attracted the attention of people who could help the dog. 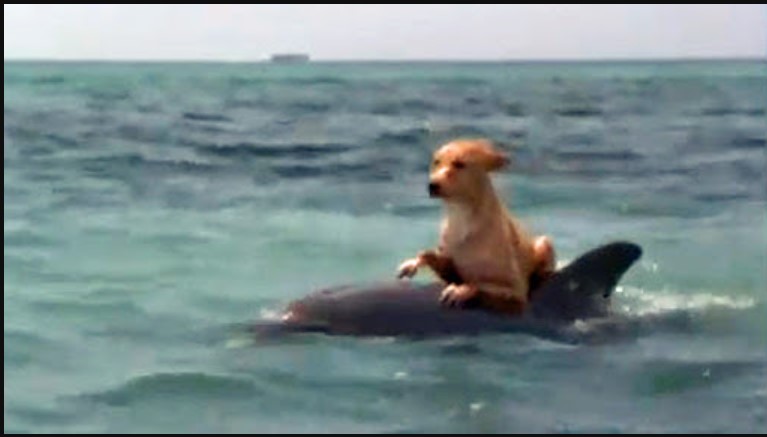 Passersby quickly called the fire department. Arrived firefighters rushed to rescue a small helpless dog from the stormy waters. They provided first aid and calculated that the poor dog had been in the water for 15 long hours.

The happy dog, of course, owes his life to a flock of dolphins who swam to his aid and showed ingenuity by asking for help. Not to mention the brave firefighters who rushed to save him.