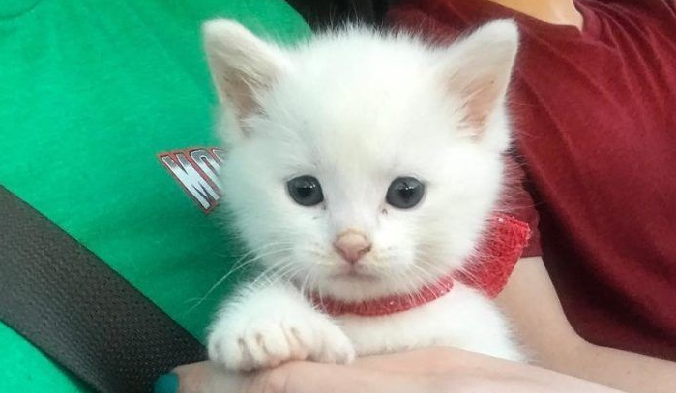 A small and defenseless kitten was left in a veterinary clinic. The baby had a congenital pathology. He was born with a protruding thumb and disproportionately large fingers on his front paws. The owners decided that they did not need a kitten with defects. So they abandoned the tiny creature. The cat was left alone in the world. 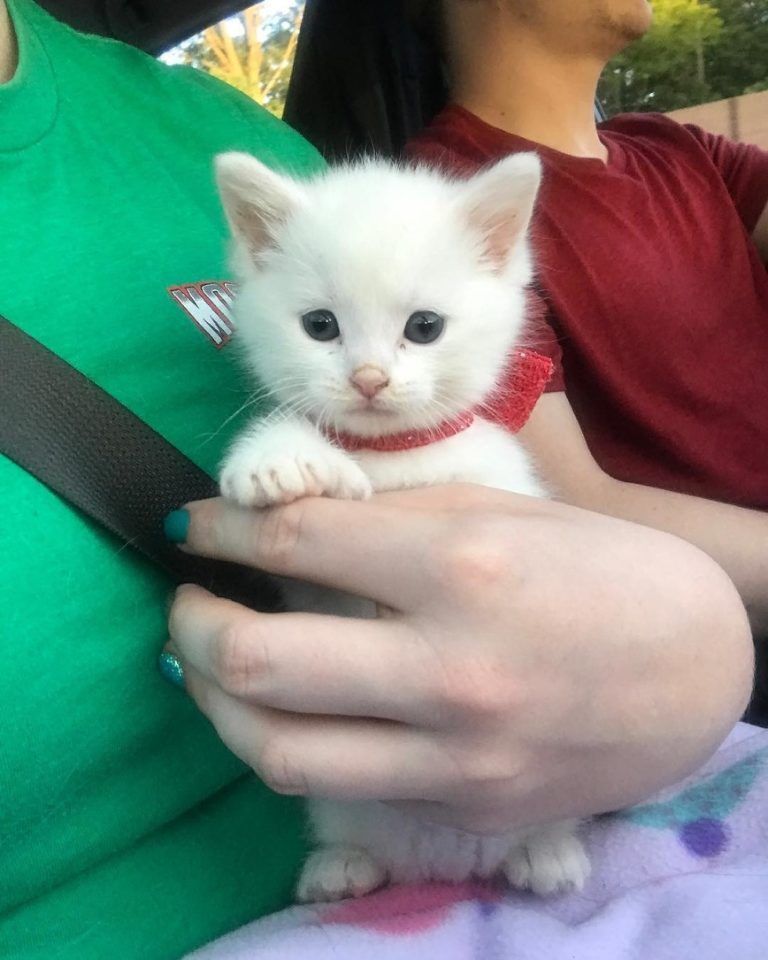 He was cared for by veterinarians. But the baby needed a home where he could feel completely safe. The baby was pitied by an employee of the veterinary hospital in which he was. Unlike the owners, the woman did not think that a charming white kitten could become a burden. So she decided to take the cat to her house. 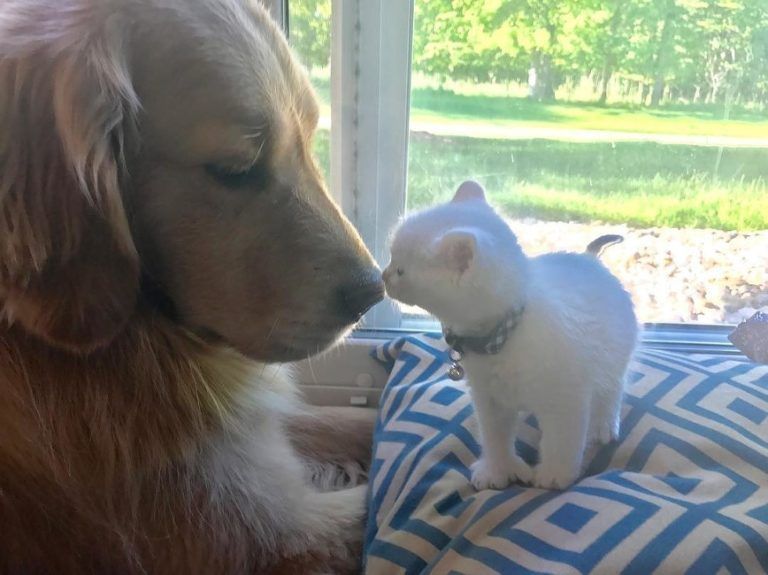 At first, the baby was very shy. After all, he was not alone here. Other pets circled side by side, including a golden retriever dog named Mojito. She immediately drew attention to the white “novice” and decided to take care of him.

Perhaps the dog felt sorry for the kitten. Or maybe some maternal instincts lived in her? Anyway, she took our cute hero under her wing, or rather, under her fluffy warm paw. 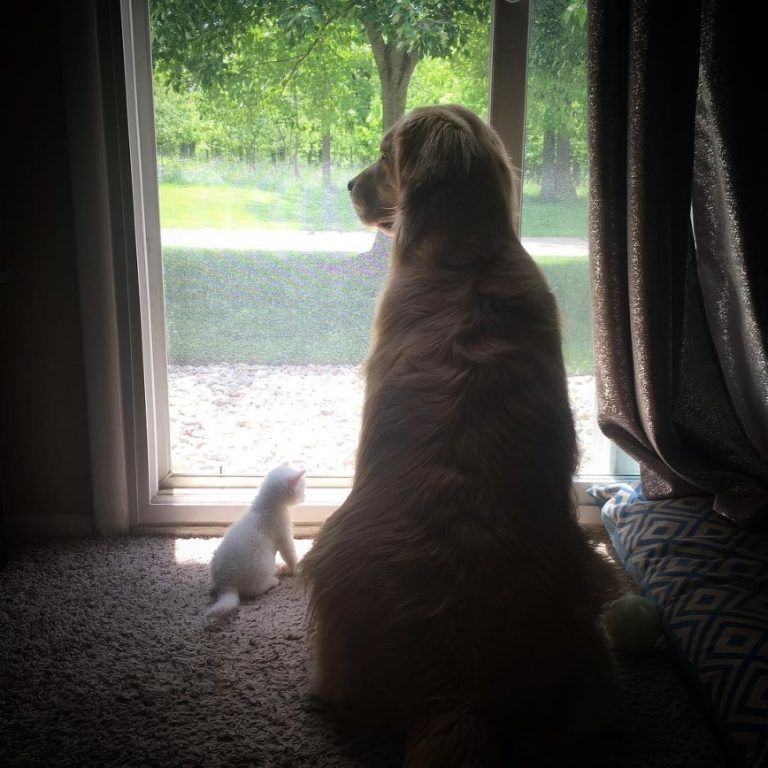 The little kitten appreciated the kindness of the dog and stuck to her with all his soul. Despite the fact that he was many times smaller than the shaggy “nanny”, Skywalker was not at all afraid of her. He felt that Mojito wished him nothing but good.

Affectionate and caring dog replaced his mother. She licked his fur as if it were her puppy, did a kind of “grooming” for the baby and warmed him with her warmth. The baby kitten went to bed, snuggled up to a Mojito, and felt safe.