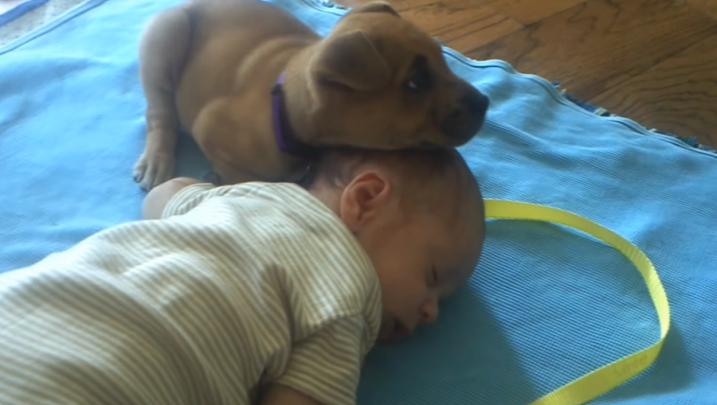 A cute puppy named Callie was abandoned by his previous owner. The helpless dog was tied to a fence and left defenseless before the possible dangers that wildlife can bring. Her sad whimpers attracted the attention of a kind man who decided to rescue her and bring her home.

In this video, we see Callie’s touching reaction in her new home. The man lets Callie sit beside his sleeping baby and asks her to rest. After being alone and abandoned for days, Callie is definitely tired and sleepy.

As she keeps tumbling over in her drowsy state, she refuses to lie down and sleep, fearing she will be dumped again. When she can’t keep her eyes open any longer, Callie finally decides to give in to sleep, but she does so in the most adorable way possible. 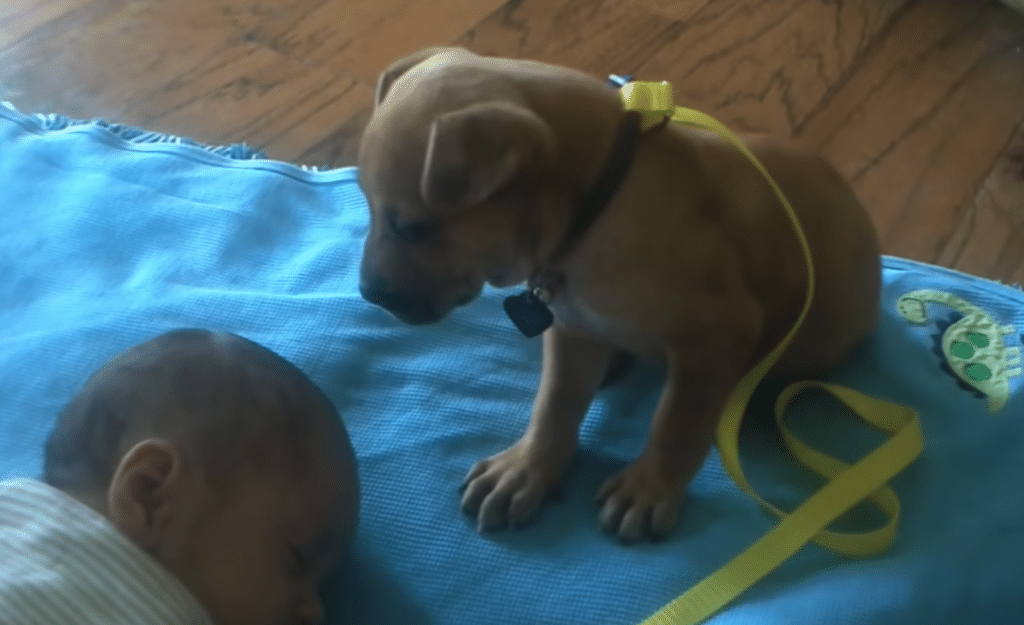 The obviously sleepy puppy was too scared to lie down and fall asleep.
Her fear of waking up alone probably prevented her from sleeping. The little dog’s head was already swinging from left to right and down, her eyes were also about to close.

It was the fear of being abandoned again that kept her awake. 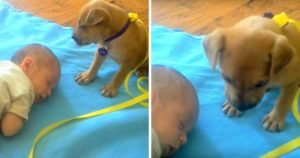 In a heartwarming moment, we see Callie snuggling up to the toddler and sleeping on top of him for comfort! The baby’s presence eases her fears and she finally dozes off in a peaceful slumber.

Looks like the pup and baby just found themselves a loyal friend for life! This video will leave you with a big, happy smile!

Click the video below to watch Callie as she tries to fight the dreaded sleep in her new home!