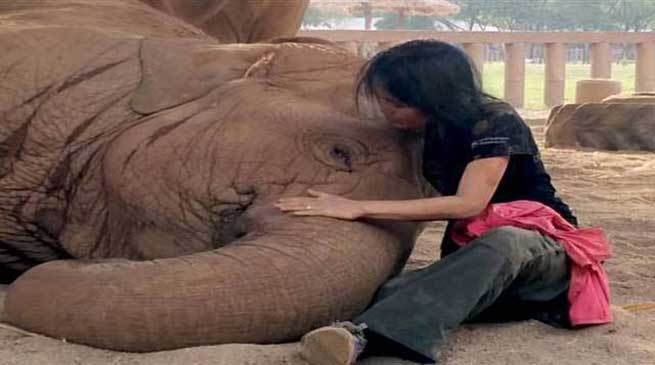 Stories of friendship between man and animal are many but the story of Leek Shailrat and her elephants from Thailand will still manage to amuse you. Shailrat sings lullabies to her elephants and her magical voice makes them doze off in blissful sleep. This instance captured in the video isn’t the first time she has made her pet elephants doze off, rather she has been doing this for years. The elephant, affectionately named Faamai by her owner falls asleep every time it hears Shailrat’s magical voice. 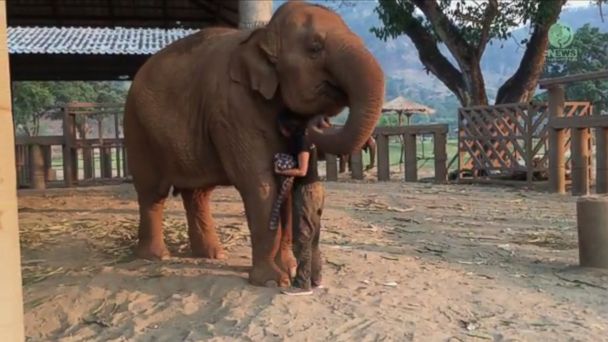 Faаmai was brought at the Mae Taeng District- based sanctuary when she was only a few months old calf. Orphaned and helpless, the elephant found all the comfort and love in the woman who took care of her all those years. And she still does! Since she was just a baby, Lek used to sing lullabies songs to Faаmai to comfort her and help her to get a better sleep. A lovely routine which Faаmai is gladly accepting it, even she’s a grown up, now. And every time Lek is starting to sing, the gentle elephant instantly falls asleep.

“Every time she hears the lullaby from Lek she still falls asleep,” the foundation caption the video. Take a look: