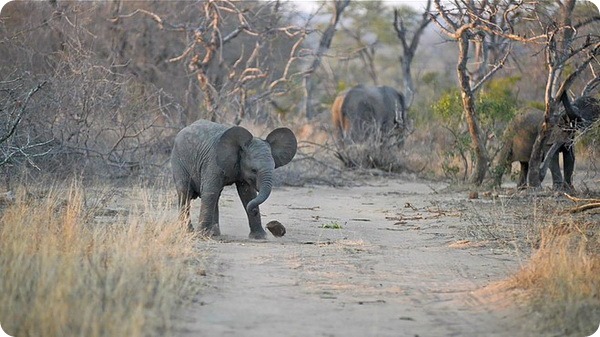 Dylan Royal, a guide from the Sabi Sand Nature Reserve, South Africa, managed to capture on camera a small elephant playing with a piece of manure as a ball. He behaved like a real football player.

According to the guide, he and his group were delighted with what they saw. You don’t meet an elephant playing football every day. Maybe someday he will be able to compete with Messi himself or Cristiano Ronaldo! 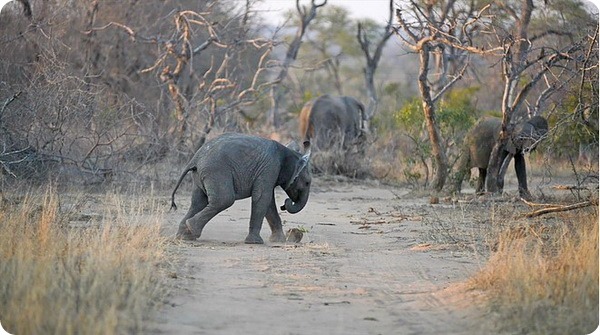 “We met with a herd of elephants in the morning. It was the first trip of the day. I did not expect that the elephant gave us such a show. We were driving through the reserve in search of a leopard that we had heard about earlier,” Dylan said.

“The kid was focused on the game. It looks like he was doing this long before we arrived. He was so engrossed that he didn’t pay any attention to us, although usually baby elephants are the first to notice strangers.” 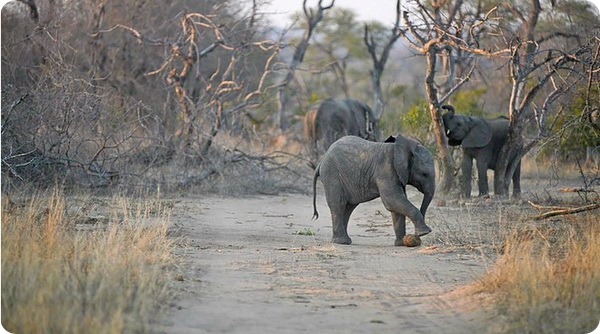 ” Baby elephants are very similar to our children. They are very curious and playful. They like to mess around. When baby elephants in their games begin to cross the line of what is allowed, adults immediately pull them back, stopping pampering.”

“For a while I was filming a young football player. Oh, as soon as I stopped filming, he stopped playing, leaving the piece of manure alone. It seems that he posed for the camera on purpose. The herd headed for the bushes, and we went on to look for our leopard.”

“The interesting thing is that when we drove past this “ball”, the baby elephant rushed in our direction, spreading his big ears and raising his trunk. He made an intimidating sound, demonstrating that this is his thing and it is not necessary to touch it. It was very funny!” the guide finished his story.