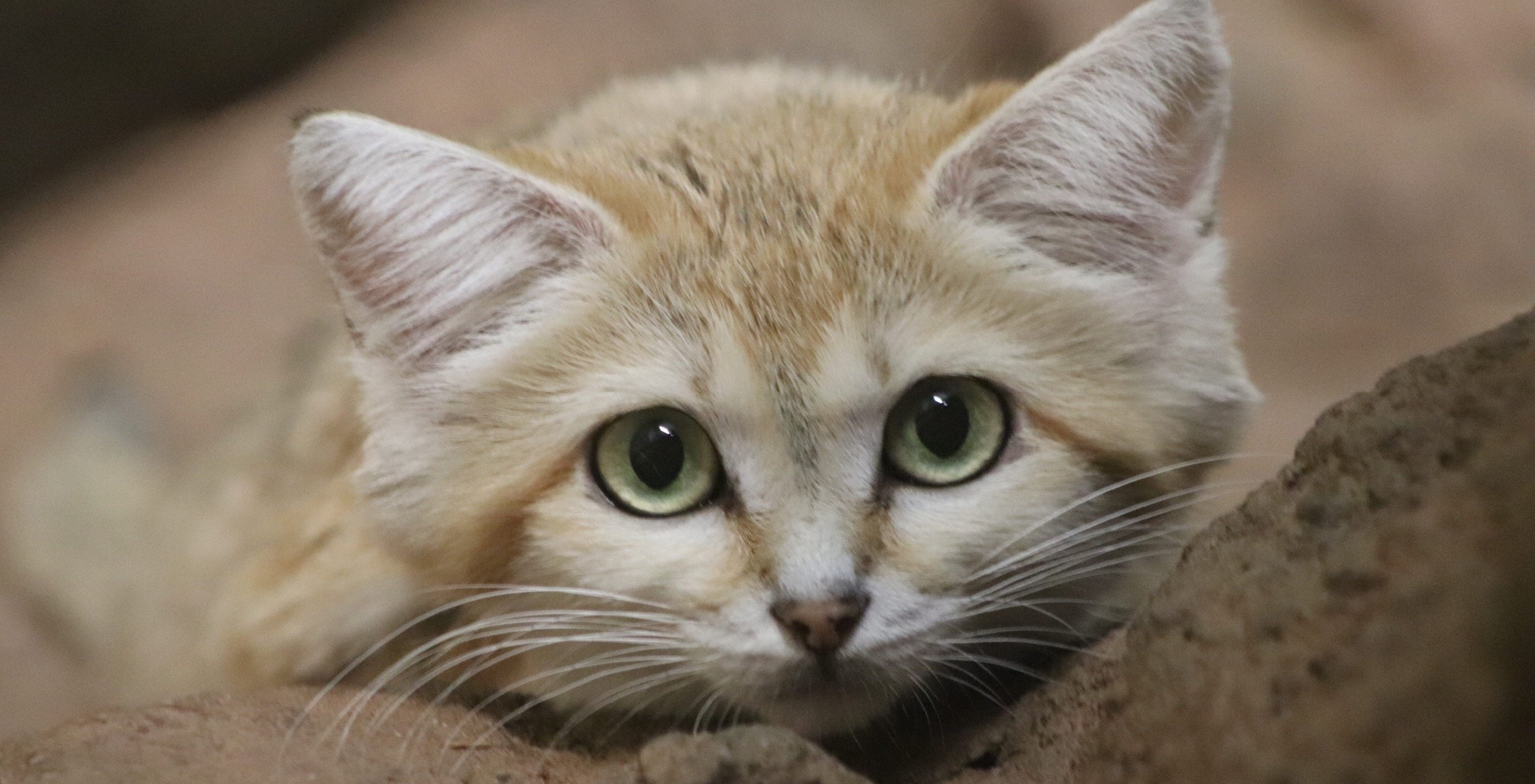 The barchan (sand cat) is the Peter Pan of the feline family. Representatives of this species look like kittens throughout their lives, so they never seem to grow up.

It is also the least dangerous animal among wild cats. The sand cat is behaviorally and morphologically adapted to life in desert habitats. This mammal has a low population density throughout its range and is listed as “endangered. 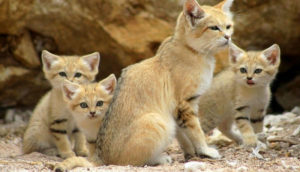 The cat was named after the French general Jean Auguste Marguerite, leader of the expedition that led to the discovery of the species in 1858. The choice was made by Victor Loche, a French soldier and naturalist who first described the cat after encountering it in the Sahara desert. 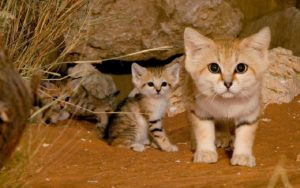 The sand cat is an animal that lives in the sand. Therefore, it prefers very dry habitats, mainly sand dunes (that is why it is called a sand cat). In addition to deserts, it also occurs in meadows with little vegetation and in stony valleys.

This species lives in extreme weather conditions, with temperatures reaching +52 degrees Celsius during the day and dropping to about -5 °C at night. 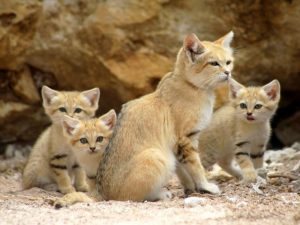 The body of the barchan cat is covered with thick, soft, relatively short fur, which effectively protects the animal from low temperatures at night. The coloration of the fur varies from pale sandy to straw-gray, with the back slightly darker than the abdomen. There are also black or dark brown stripes on the tail and limbs. Dark reddish lines are visible near the inner corners of the eyes. The greenish-yellow eyes are large and surrounded by a white ring. 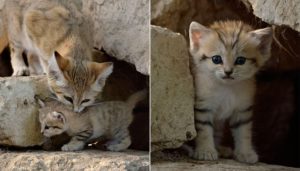 Although the sand cat cannot jump or climb, it is excellent at digging in the ground. Because of this skill, he can create shallow burrows in which to cool off on very hot days. It can also sleep on its back outside the burrow to allow as much heat as possible to escape from its body.

The animal usually leads a nocturnal lifestyle, except for the Pakistani subspecies, which is active at night in summer and at dawn and dusk in winter. Observers claim that when the sand cat encounters people at night, it closes its eyes so that people cannot see them glow in the dark, which may reveal the close presence of the wild cat. On the other hand, these feral cats show an obvious submissiveness and lack of fear of humans when discovered. 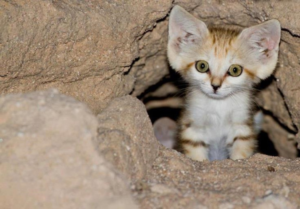 This species is known for its fearless contact with snakes. It hunts venomous vipers, which it fearlessly attacks alone, stunning the snake with swift paw blows to the head and then killing it with a bite to the neck. The bite force of the sand cat is the highest of all cats.

Generally speaking, the sand cat is an adaptable predator that hunts whatever it can catch at the moment. Food also provides it with ample water, which is vital for its survival and is very rare in sandy areas. 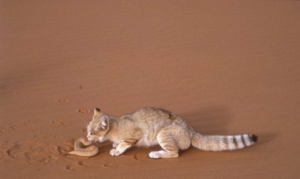