The heroine of that story is a dog who has never had a home. She doesn’t know what it means to live in a warm house or eat delicious food regularly. She was never stroked or caressed. This dog is used to taking care of itself. And also avoid people, because they can hit. At the same time, the dog was not aggressive. She didn’t even bark at them, just tried to avoid them. 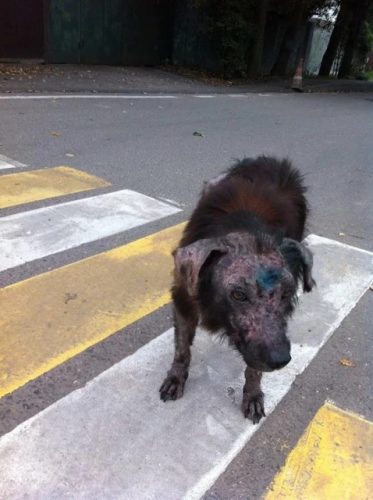 The dog was cute. Her thick black fur helped her a lot when it was freezing outside. One summer was hard for the dog. She began to go bald quickly. 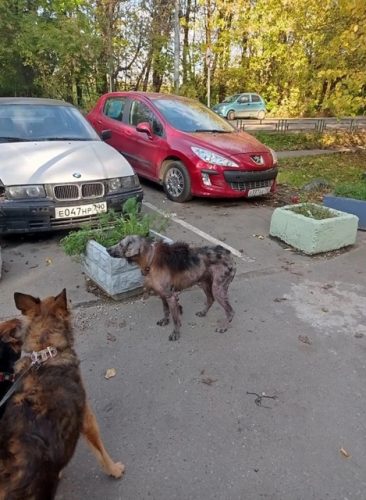 People began to think that the dog had a contagious disease and drove her away, other stray dogs did not let her get close.

The animal was left completely alone. Meanwhile, autumn had come and the first cold weather was approaching. 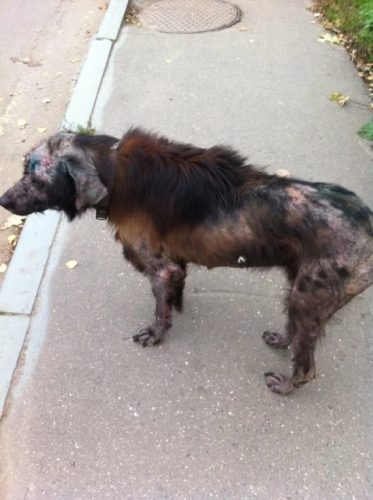 It is not known how the dog would have survived the winter without its fur. But fortunately, a kind person met on her way. The girl has been helping street animals for a long time and one look at the dog was enough for her to understand that she would not survive the winter on the street. 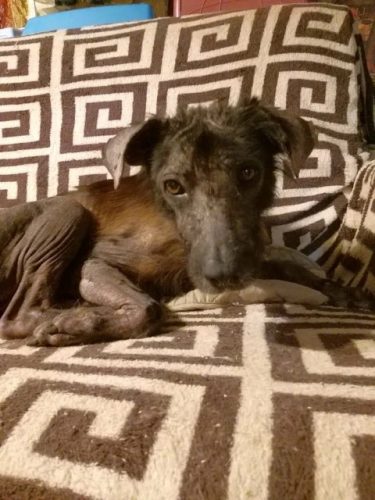 The dog was so used to being an outcast that it was impossible to catch it. To help the dog, the girl even had to turn to the catcher. It was difficult for the dog to trust people, she even tried to bite to protect herself. But over time, she realized that she would not be hurt. Getting used to the girl, she allowed herself to be washed and trimmed. And with great pleasure she sleeps in the warmth and eats a lot.