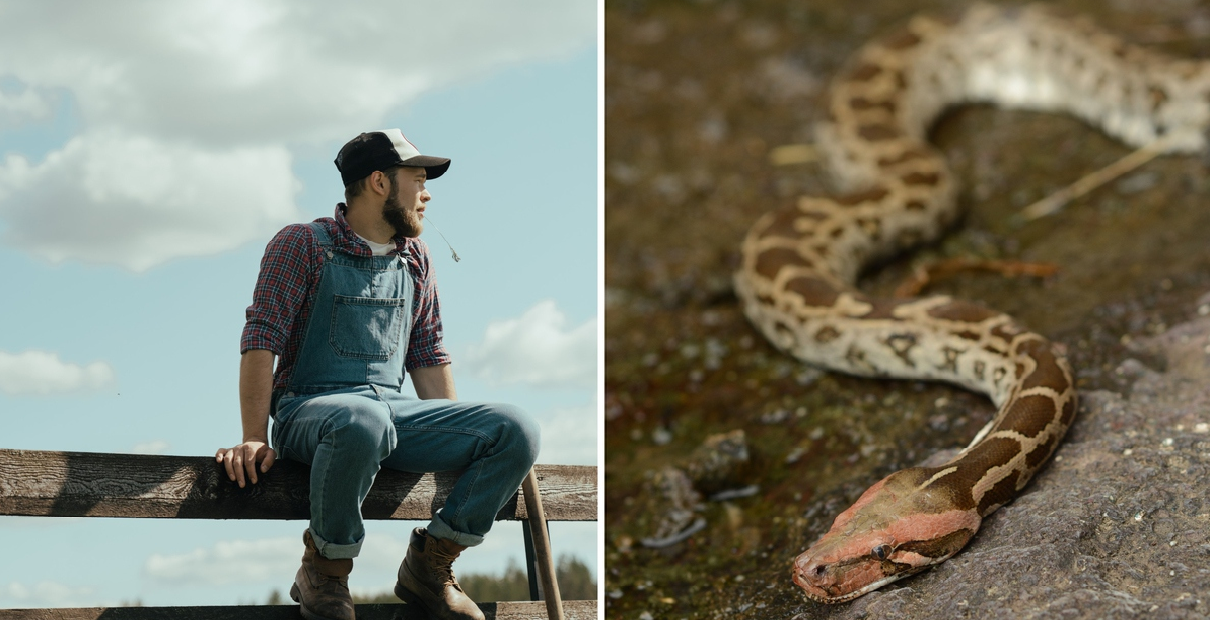 Two brothers from Florida, USA, Aaron Brown and William Wilkerson decided one evening to walk around their family farm to see if everything was in order. The check was not in vain. A rather scary guest had entered the property – a huge Burmese python.

Burmese pythons, despite their calm disposition, are incredibly strong and very voracious creatures, capable of swallowing a large mammal or human. 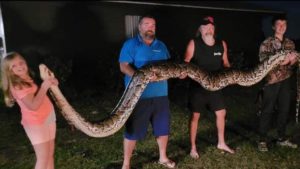 The first person to notice the giant snake was Aaron, who immediately called his brother for help.

“As soon as we found it, it was like, ‘Oh my God! What kind of giant snake is that!?” William Wilkerson told Fox News.

Later, the brothers found out that the enormous size of this snake (weighing about 136 kilograms and almost five meters long) was not the scariest thing. The farmers invited an experienced snake hunter, Dustin Kram, who examined the individual and told them that it had about 100 eggs inside. 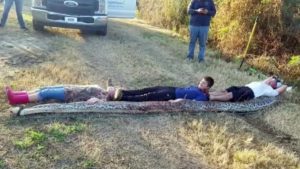 “We’re trying to stop these pythons from migrating further north and in other directions. It’s a good thing these guys stopped this big snake, which, moreover, could soon multiply,” says Dustin Krama.

Burmese pythons have been literally terrorizing Florida for a long time. Their population has increased very dramatically and, sad to say, has had to be reduced. That’s why Brothers Farmers and Dustin Crum were so happy that they were able to catch a pregnant female snake. 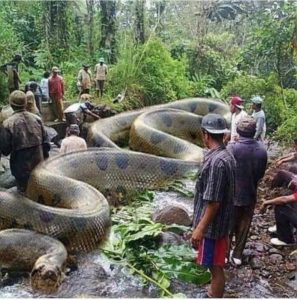 If the number of Burmese pythons in the state does not begin to decrease, they will wipe out most of Florida’s other fauna and periodically attack humans.