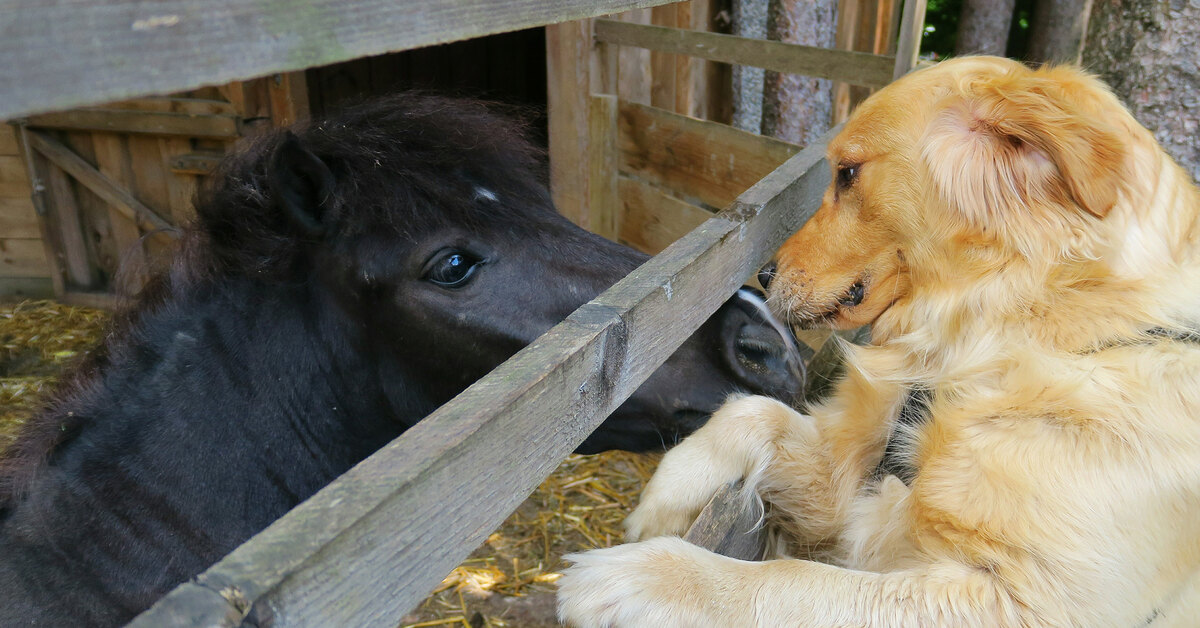 A dog named Zip lives on the S & K Quarter Horses farm in the American city of Fayette, owned by Carla Swindle. There was a tragedy there a few years ago. One of the horses, Zindi, died, leaving an orphan nine-day-old colt, who was named Ty. At this age, foals are simply not able to survive without a mother. And it’s not even about feeding. It can be replaced with artificial milk mixtures, and in maternal warmth and care.

Horses are social animals that need to communicate with their relatives. Females develop a deep bond with their young. And if the mother does not abandon the foal for some reason, she becomes the most loyal defender for him.

It was very difficult for the orphaned Ty to accept the death of his mother. He was lying on the straw, not reacting to anything. Seeing this, Zip just lay down next to him in silent support. According to Carla, the dog seemed to feel the pain of the foal and sincerely tried to help.

“There was a moment when Zip, lying at the neck of the foal, suddenly began to howl, as if he was trying to cry. My heart was torn apart,” the woman said. 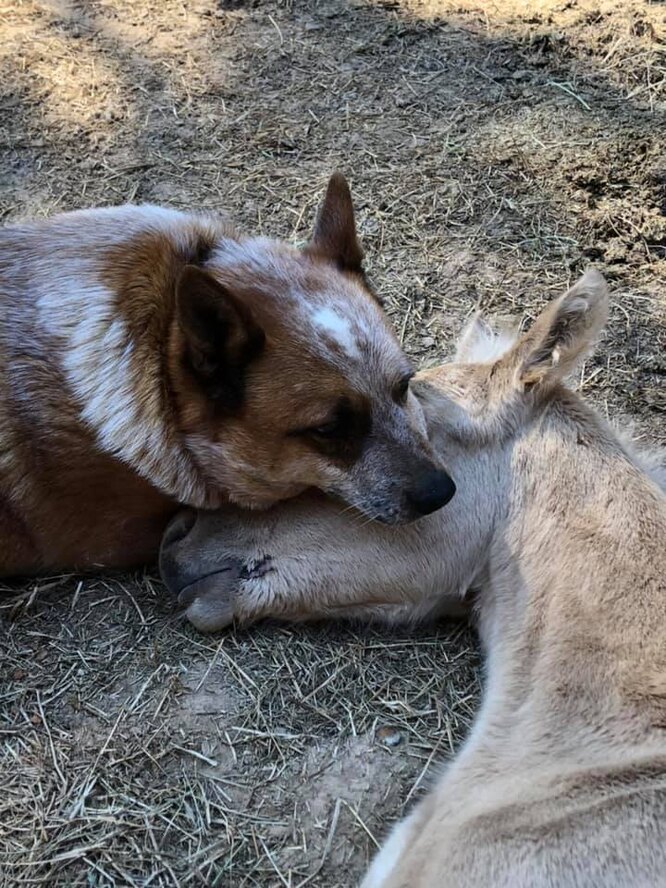 On that tragic night, Ty lost his mother, but gained a close friend. Zip became his mentor, protector, and to some extent even replaced his parents. Since then, Zip and Ty have always spent all their time together.

According to Carla, who has raised more than one generation of foals, such a case occurred on the farm for the first time. And although Zip always showed interest in newborns, he never got so close to them, never licked foals, never lay next to them and warmed them with his body. 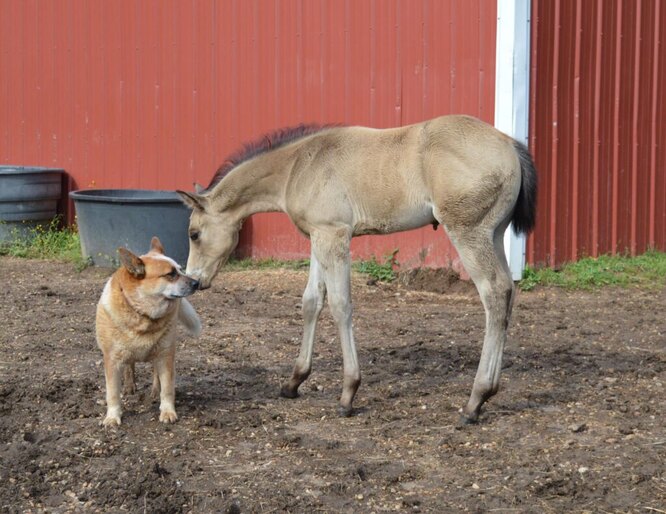 Zip and Ty met every morning when Carla opened the barn to let the stallion out into the fresh air. If the owner hesitated and did not go inside, the dog began to push her with his nose – as if he wanted to say, hurry up, lead my friend. For the first weeks, the foal refused to leave the stall, and then Zip just lay down next to him and spent the whole day with him.

Now everything is fine with Ty. He has grown into a happy, healthy stallion. He is active and spends a lot of time on pastures with his relatives. According to Carla, he “left his nest”, although he did not forget the worries of a small mongrel dog that once replaced his mother. And when these two meet by chance, their special relationship is visible to the naked eye.