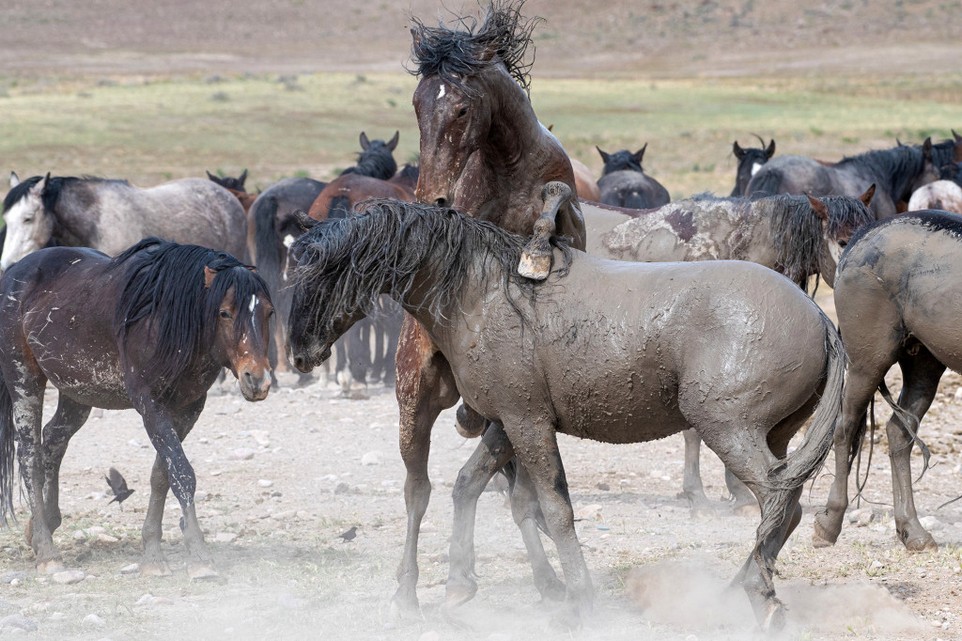 Two wild horses fell behind a herd in the Western Desert of Utah during a fierce struggle for dominance. The Mustangs plunged into a dirty puddle before they began to sort things out, proving who is in charge here.

46-year-old photographer Jamie Bollsshweiler said that he waited for several hours before he took these impressive shots. The photographer says that the mud in which the horses were riding gave a “supernatural effect”, making this pair of mustangs look like Greek statues. 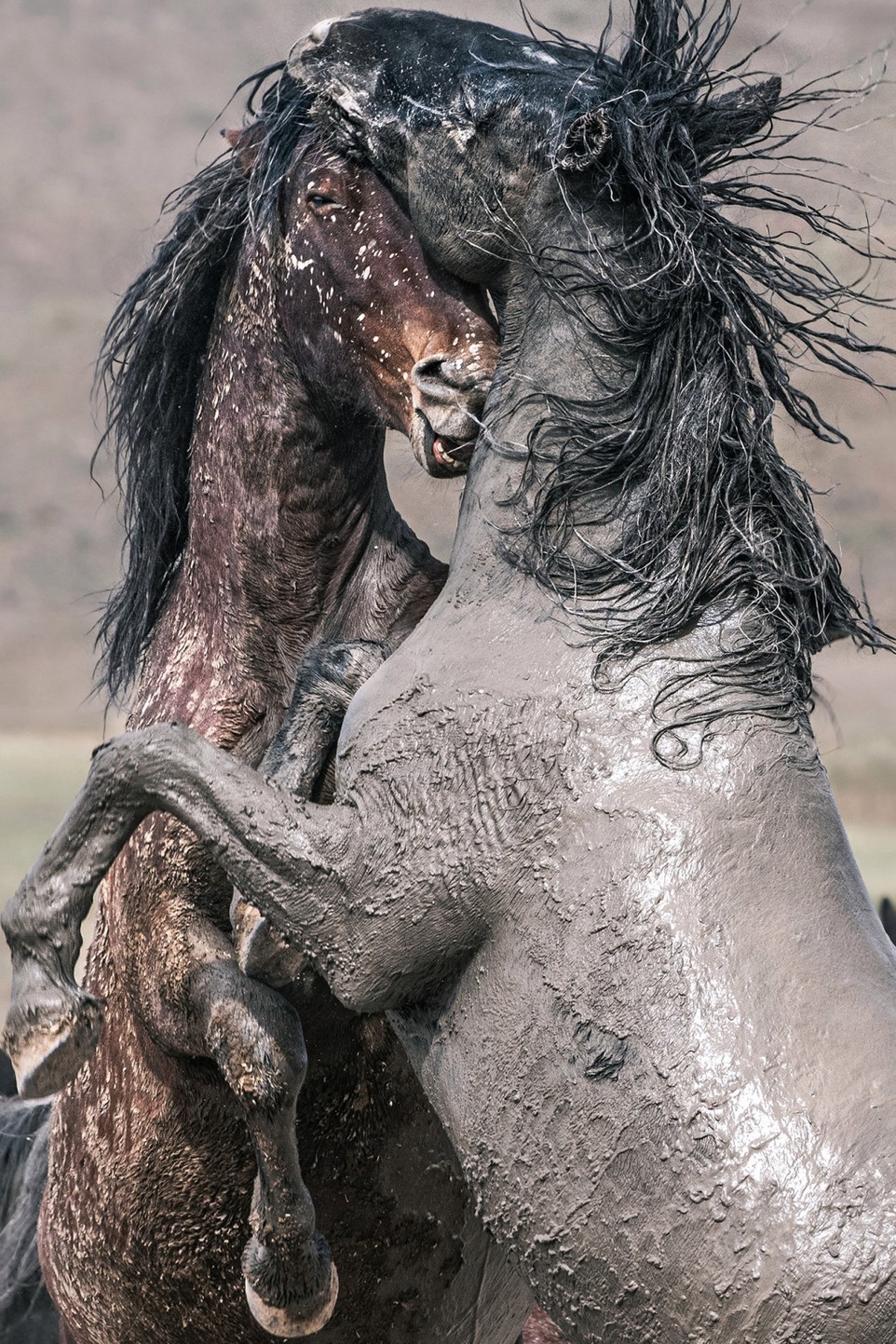 The other horses in the herd stood peacefully behind the fighting mustangs while they kicked and bit each other during the lively conflict. 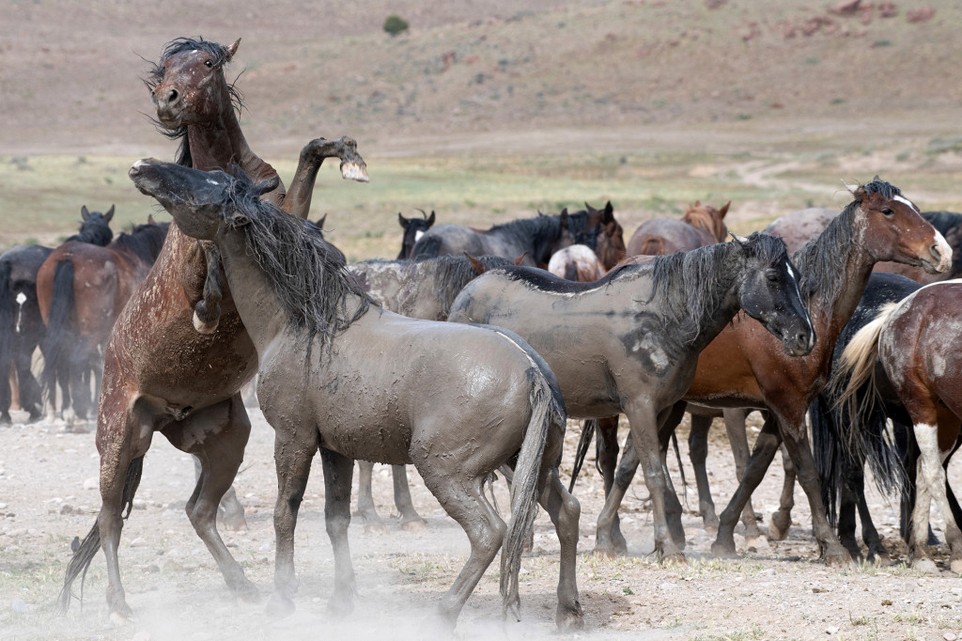 Utah is home to 22 herds of wild horses that graze on desert plains and gather together at watering holes. The herds were formed in the 1800s after domestic horses escaped from local farmers and went wild. 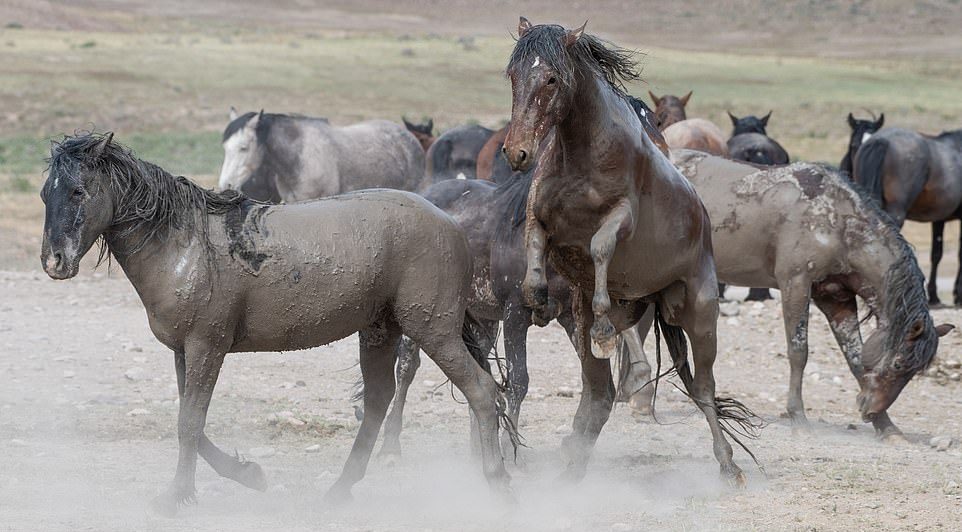