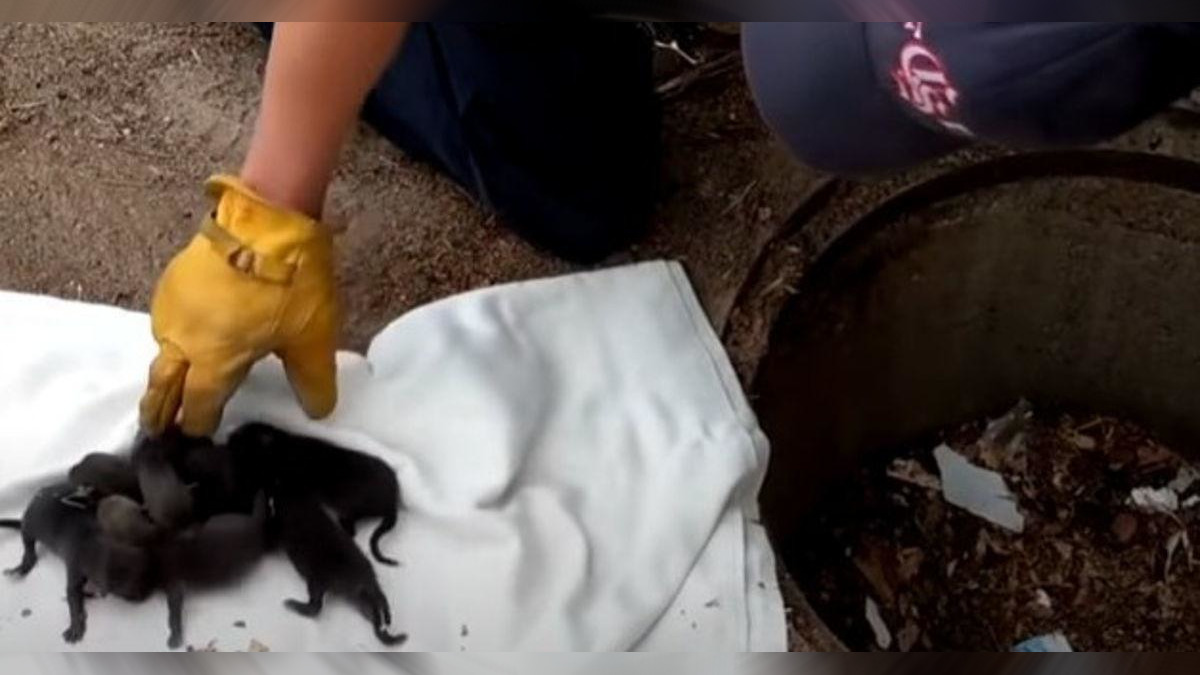 Looking inside the sewer, two responsible citizens witnessed a seemingly terrible situation. Nine newborn puppies were stuck inside, fumbling and whining, and their mother was not there. The townspeople immediately called the Colorado Springs Fire Department.

When the firefighters arrived at the scene, they prepared for a typical animal rescue procedure, which they do quite often. They came to rescue the puppies, but, unfortunately, their actions did more harm than good. 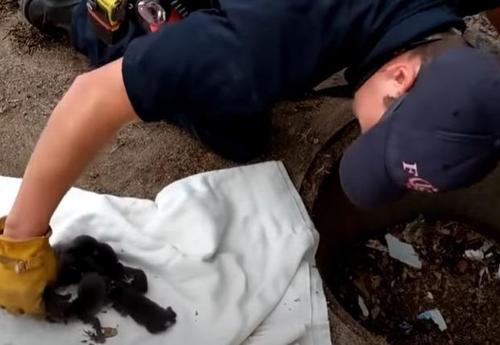 The puppies were carefully pulled out of the sewer, which was a couple of feet underground. And the fireman put them on a towel for safety reasons. Their mother was still nowhere to be found. So the firefighters took them to a local animal shelter. At the shelter, the veterinarian told them shocking news!

The nine newborn puppies they brought to the animal shelter actually turned out to be nine wild foxes.

Travis Sauder, an employee of Colorado Parks and Wildlife, explained in the video below that foxes usually bring their offspring in small enclosed spaces. Such a brood can be found quite often, especially in the spring, when animals in the Colorado Springs area usually produce offspring.

Most likely, their mother is nearby and has not abandoned them. If you disturb the cubs or, even worse, move them, then both the cubs and the mother will suffer!

Having discovered their mistake, the firefighters quickly returned the foxes to where they were found. It is planned to periodically check the brood to make sure that the mother will eventually return. Otherwise, they will be taken to a wildlife rehabilitation specialist to raise them in captivity and return them to the wild in the future.