A cat named Tabby was saved thanks to an oxygen mask made especially for pets.

A lifeless cat was found by New Orleans firefighters near an apartment building fire that started around noon Wednesday.

They used an oxygen mask made especially for animals to resuscitate the unfortunate one, which can be seen in the video. 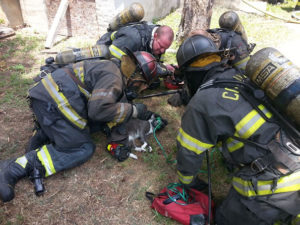 Fifteen residents were evacuated from the building by local authorities, and no one was injured in the fire.

However, two kittens who were trapped in one of the apartments suffered from smoke inhalation.

To try to revive the suffocating kittens with oxygen, firefighters moved them outside. 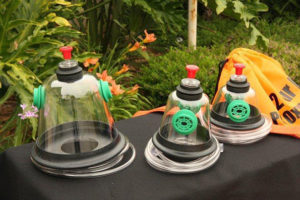 The video shows one of the rescuers covering a white kitten’s face with an oxygen mask while stroking its head.

The masks come in different sizes and can be worn on other animals as well.

The immobile red-and-white cat is also given oxygen while it naps on a purple sheet. 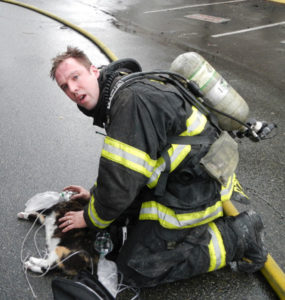 Trying to bring the kitten to her senses, several firefighters stroke her belly and neck, giving her oxygen.

One of the firefighters can be heard asking: “How is it? Feeling better?”

Another firefighter is seen giving the cat a drink by pouring water from a bottle into his hand.

“I think he has eight more lives,” says Doug Cardinale of the New Orleans Fire Department.

At the end of the video, the two cats are lying in a carrier next to each other.

Whether the kittens are reunited with their owner is unknown at this time.

According to reports, the apartment where the fire occurred was completely destroyed and deemed uninhabitable.