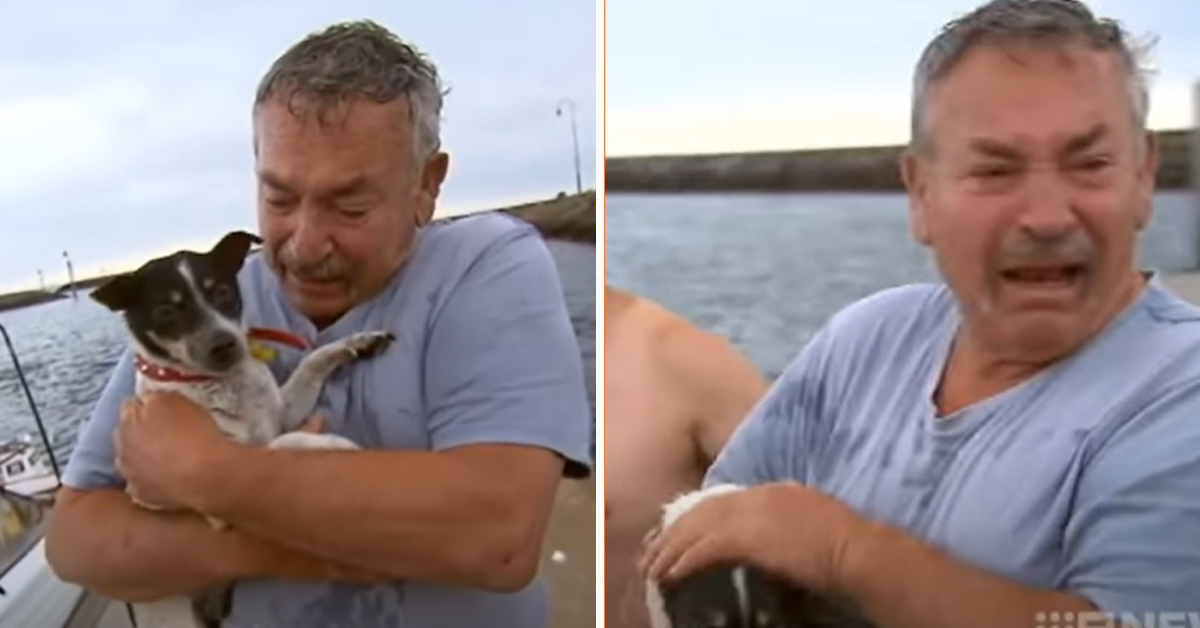 This is the beautiful moment an old fisherman is been reunited with his senior Jack Russell. The man miraculously made it after his boat capsized, yet his beloved pup got trapped inside and he though he lost him forever. However, volunteers managed to pull the dog out and bring him back to his owner.

An Australian fisherman called Alfonse Attard was out one-day with Jack, his Jack Russell to have a trip in the sea. When they were in the boat, the water started to leak which caused the boat to be capsized causing Attard and his dog to be thrown into the sea. Fortunately, Trever Borg and his father Laurie who were also fishing nearby, spotted Attard and rushed to save him. It didn’t take too long until the father and son duo grabbed the old fisherman onto their boat and taken him on shore.

Attard was now safe, but he then realized his beloved dog might be lost forever, so he asked for help. So, Volunteers were sent back out in the water by the Altona Life Saving and water police in search of Jack. One volunteer turned the boat over and found the dog inside it so he was able to rescue him which took about an hour. The dog was then taken to reunite with his elderly owner which was a heartwarming reunion. The moment Attard realized his buddy is alive, he couldn’t stop crying. But there were tears of joy and happiness! “He made me cry, I’ve had him for 18 years and I thought he was finished,” the fisherman told Herald Sun. “Wherever I go, he goes with me.”

You can watch their reunion, here!