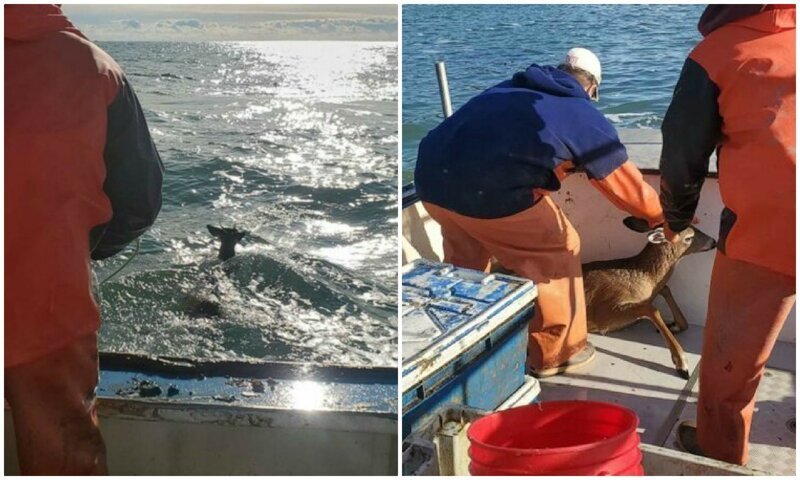 When fishermen from Maine went out to sea, they expected to find a lot of fish and shrimp there, but definitely not deer.

On this day, the team was busy catching lobsters. After all, it is off the coast of this state that 90% of all American lobsters are mined. They went on their boat far enough from the shore – about eight kilometers – when they suddenly saw some strange figure on the water.

Initially, they couldn’t even guess who it might be. And when they swam closer, they realized that it was a deer.The animal was completely exhausted. How the beast ended up so far from the shore was unclear, but the deer kept afloat with the last of its strength. Fishermen immediately rushed to help. They dragged the swimmer into the boat and swam to the nearest shore.

The exhausted animal did not even resist, but simply huddled in a corner of the ship and lay there all the way.Having swum almost to the beach, the fishermen released the deer into the water. He calmly swam to the shore, got out and ran away.