Maine Coon – the largest breed of domestic cats, which probably explains its enormous popularity in the world. Who doesn’t love huge fluffy cats?

But of all the characteristic traits of Maine Coons, one catches the eye at once. 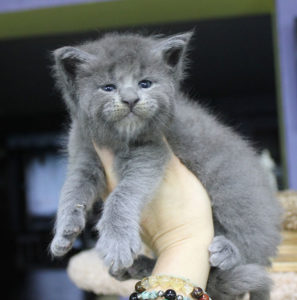 Cats of this breed have very expressive faces. Sometimes so much so that they almost resemble human faces. 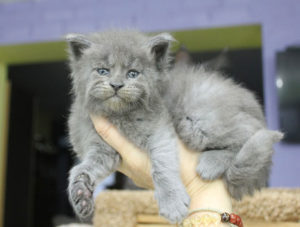 A cat breeder recently shared pictures of five newborn gray kittens. They are very adorable, but their faces look like grumpy old men! 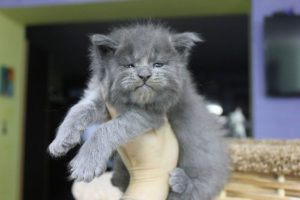 Just look at this expression! 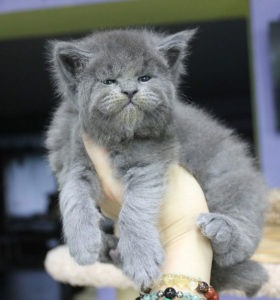 Also, all the kittens look so much alike that it’s hard to discriminate between them. 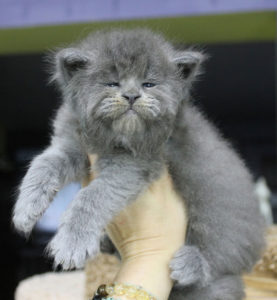 A year ago, the same breeder delighted the Internet with a 2-month old female Valkyrie, who also had a quite human face. 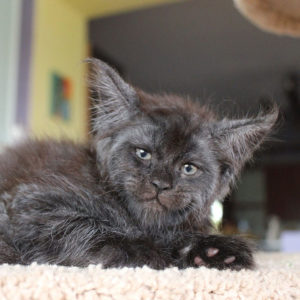