This story is about a cat that had been living on a street for 10 years, waiting for its owner to come back for it. Store clerks saw the cat’s owner drop her off from the car, after which the car quickly drove away. 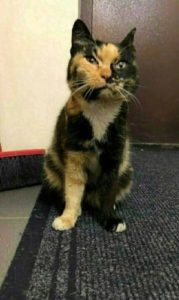 It was the employees of the store who told us that the cat has been coming to them every day for 10 years. The cat comes into the corridor outside the store and begs for food from customers. In winter it also slept in the corridor, where it was somewhat warmer than outside. No one knew where the cat lived, but it was obvious that it was homeless. 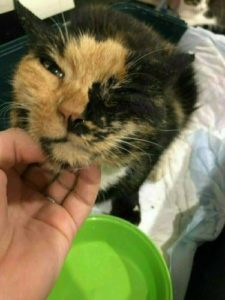 It was in the store that I stumbled upon this cat. It was already dark and cold outside, and the store was about to close. When I came out, the skinny, tricolor cat stepped aside, as if it knew that soon the store would close and it would have to go outside again. 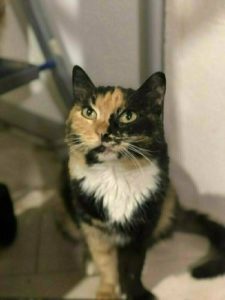 The salesmen told me the story of the cat. As soon as I called for her, she jumped into my arms. In the car, I put this fluffy Hachiko in a carrier. 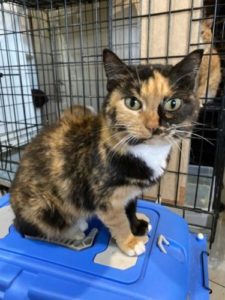 The first few days in my house the cat did nothing but sleep and eat, it was obvious that she missed warmth and a full bowl. I named the cat Musya. A decade of living on the streets had taken its toll on her. 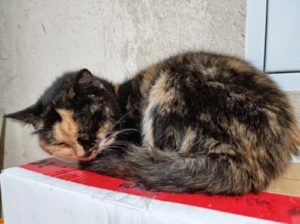 We had to treat the pneumonia and the teeth, which were so bad that they did not allow the cat to eat properly. First the inflammation was treated, then the cat was spayed, and then the bad teeth were taken care of.