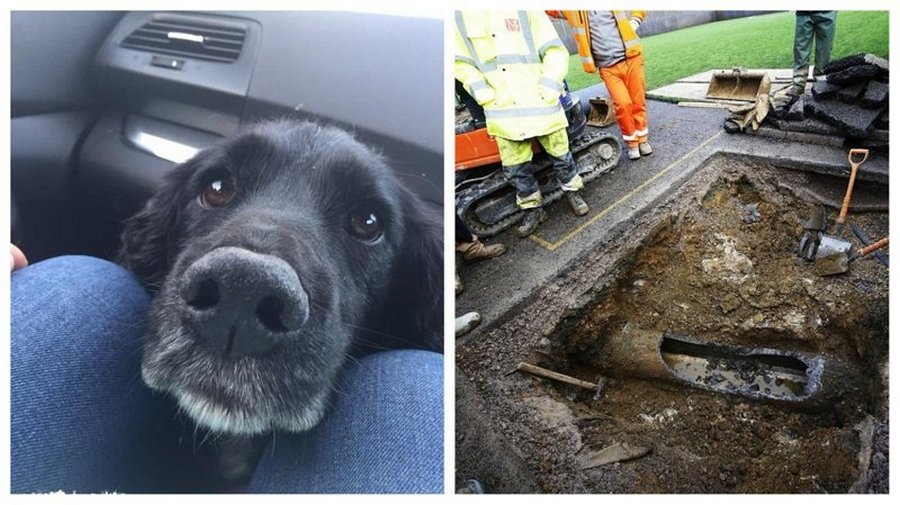 A large-scale rescue operation took place in the city of Abingdon (Oxfordshire, UK), in which various rescue services were involved. Spencer spaniel in Tilsley Park chased a rabbit, flew into a sewer pipe and got stuck on Saturday.

The owners called Oxfordshire Fire and Rescue Service. They tried to free the dog for two days, but without success. On the third day, it was decided to attract specialists from Thames Water, a company providing water supply services. They used a special camera to determine the exact position of the spaniel in the pipe, but!

It turned out that this collector belongs to the private school Abingdon School and they need to get a work permit. Representatives of the school reacted immediately and gave permission. After that, things got more fun. In a certain place, asphalt was removed, a hole was dug and a pipe was opened, where Spencer, exhausted, frightened, but alive, was found.

The owners took the rescued dog to the veterinarian first and expressed their gratitude to all rescue services.