A pair of elephants held in slavery for up to 80 years have finally been released in Thailand.

Boonmee and Buaban spent most of their lives working in logging and elephant trekking, where they were forced to work to the point of exhaustion while being chained up. 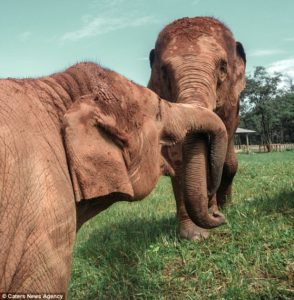 But after a major funding campaign, they have finally been freed from their owners and released in to Thailand’s Elephant Nature Park in Chiang Mai.

The rescue was made possible with the help of vlogger and YouTube director Christian LeBlanc, 23, from Canada. He helped raise thousands of dollars to pay for their release.

Now Boonmee, 80, and Boaban, 50, spend most of their time in the river and mud bath, splashing, playing and snacking on fresh fruits and vegetables. 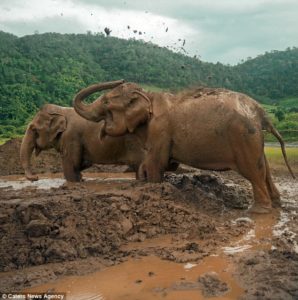 Christian said: “The elephants couldn’t be happier right now. They have a new best friend named Baisha, and the three of them are inseparable.

But before we freed them, they rode dozens of people on their backs every day.” 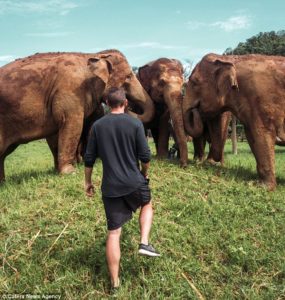 “It got to the point where Boonmee fell and had to be lifted with a crane so she could get back to work.

That’s when we knew we had to do something.”

To get to the pair, Christian and his team drove a truck for 15 hours to the town of Surin.

The elephants were then immediately transported back to the Elephant Nature Park in specially made trucks. And the journey took 23 hours. 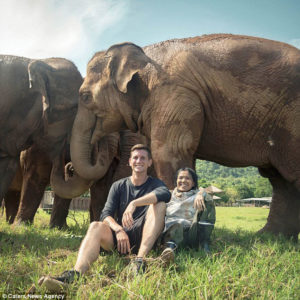