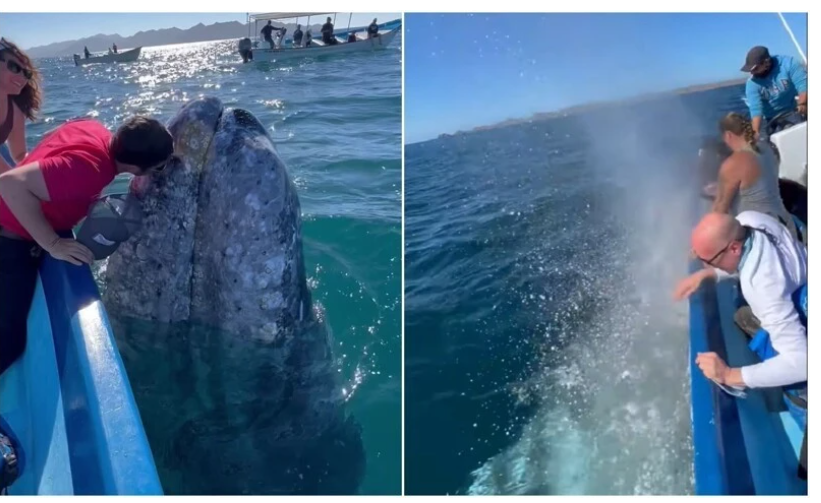 A tourist in Mexico captured an incredible moment. A giant whale swam up to the boat in Magdalena Bay. Although such a giant could easily turn the boat over with a flick of his tail, the whale calmly chatted with tourists. And at parting, he sprayed them with water from the breathing hole. 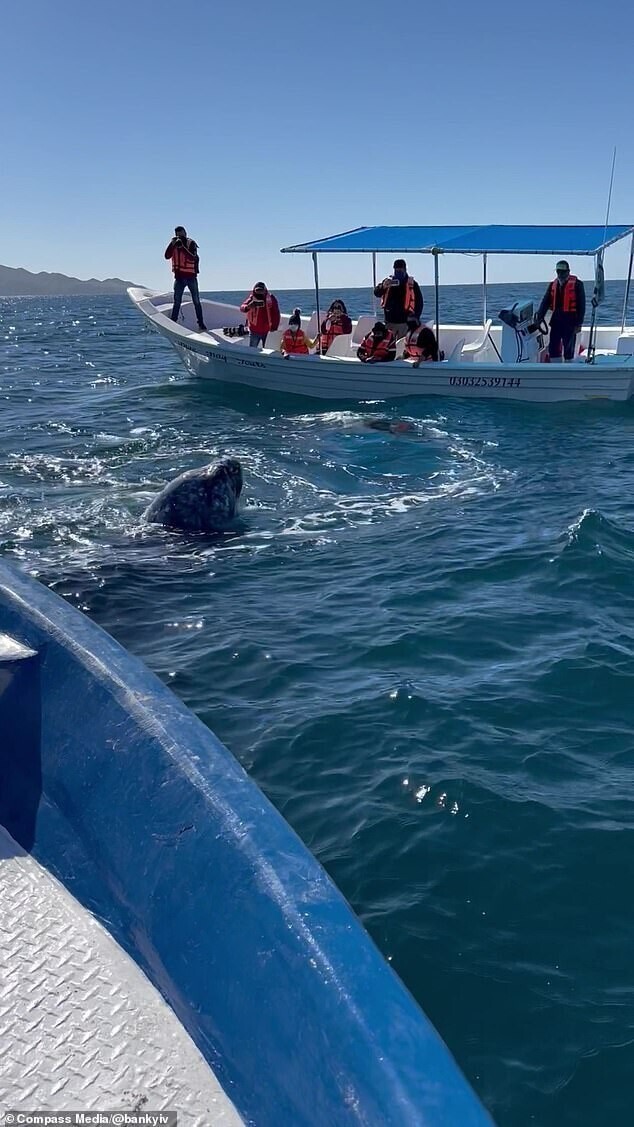 36-year-old Alex Banky filmed a whale that swam right up to a boat with tourists in Magdalena Bay off the coast of Mexico. A curious 45-ton whale swam up next to the boat several times, as if welcoming tourists. They touched him, kissed him and took pictures. 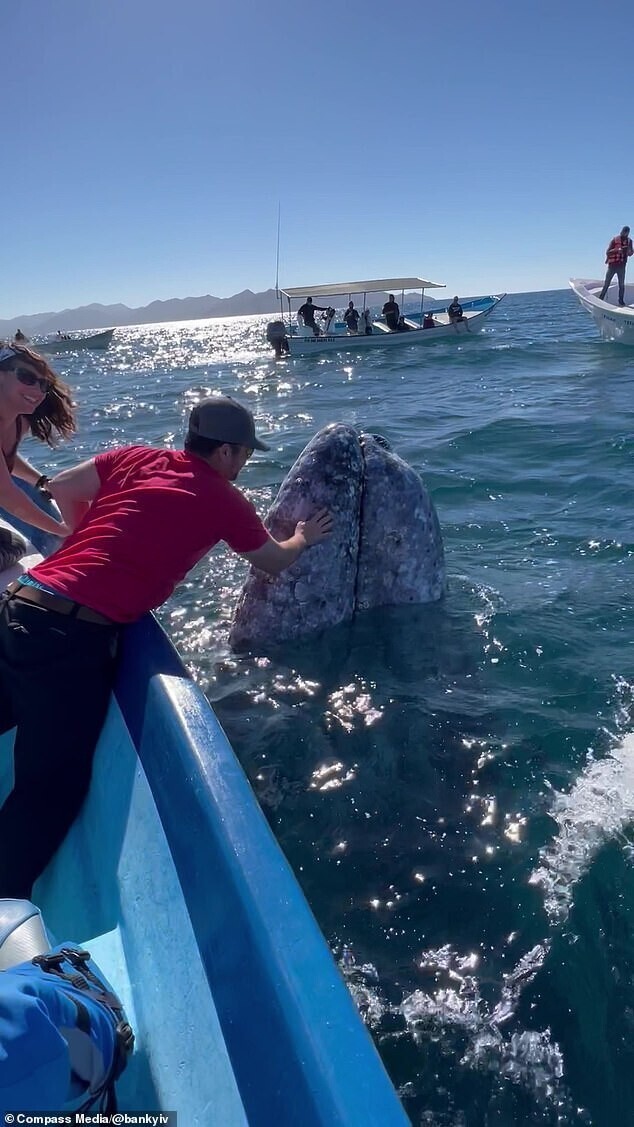 At parting, the whale sprayed the tourists with water from his breathing hole on his back. Tourists assumed that the length of the whale is about 13-15 meters.

“It was an amazing experience! I experienced a lot of emotions in these incredible moments with the whale. I’ve seen whales before, but from afar, in India. But I’ve never seen a whale this close,” says Alex Banky. 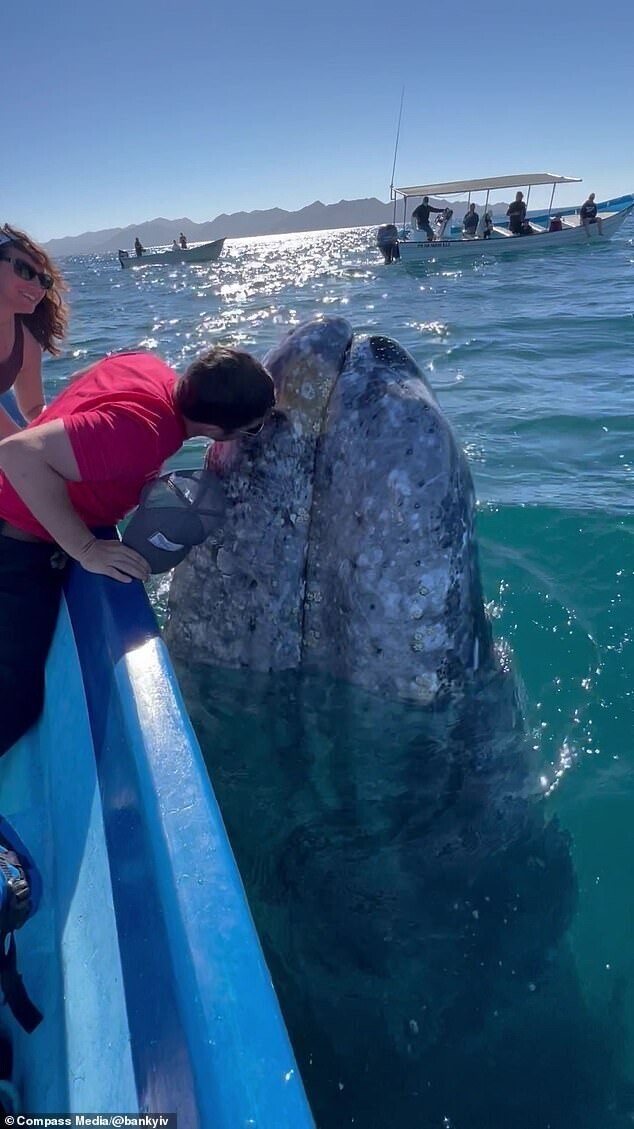 “We spent two days in this bay exploring sand dunes and rocky headlands, as well as watching whales. I had no idea I’d ever be this close to a whale, let alone touching or kissing. It is soft and “rubbery” to the touch. Of course, the whale could have easily turned the boat over, but it turned out to be curious and kind,” says Banky.