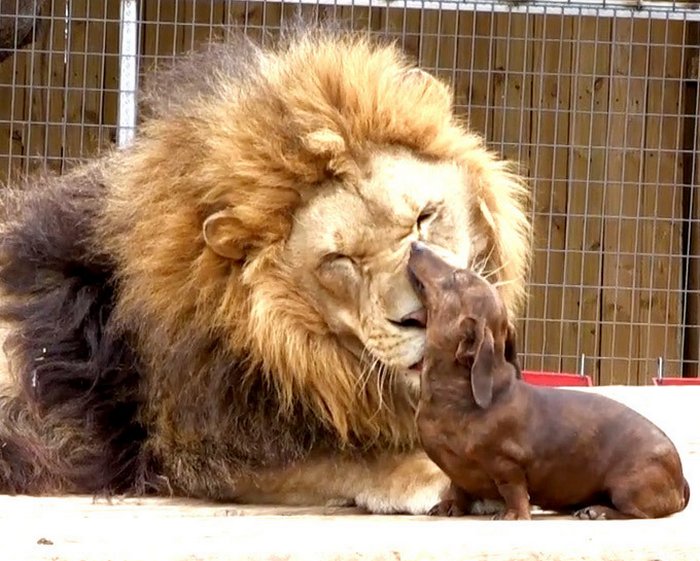 At the Exotic Animal Park Zoo in Oklahoma, a five-year-old crippled lion named Boundigger has made a very unusual friend – a seven-year-old dachshund Milo.

These unusual relationships between such different animals are so strong that Boundigger even lets Milo brush his teeth. This friendly lion was born with a violation of bone metabolism, which is why he now constantly limps a little.

Milo took care of Boundigger when he was very young. The owner of the park, 43-year-old John Reinke, who lost both legs after an extremely unsuccessful bungee jump, considers the friendship between them unique.

“This lion is not so friendly with other dogs. This is all due to the fact that their friendship began when Boundigger was still a lion cub,” he explains.