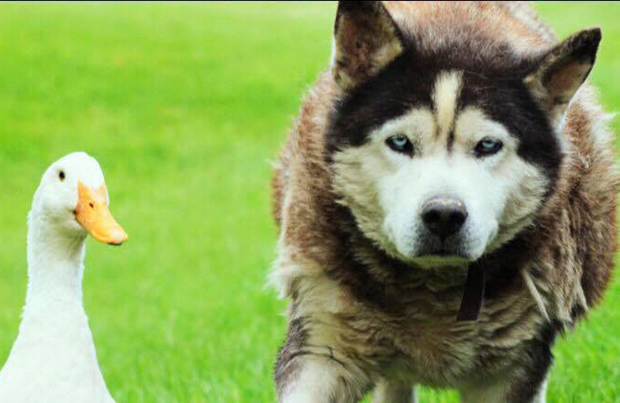 It’s not every day you can see a duck and a husky lying together in the grass, but this is exactly what you can see if you come to the small town of Strout, Minnesota.

Max, a 12-year-old Husky, and Quakers, a 5-year-old duck, are an inseparable, albeit unusual, duo. 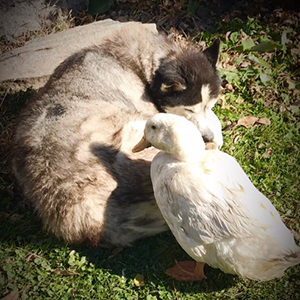 Seven years ago, Patrick and Kirsten Riley took Max as a companion to their husky, Sasha. A few years later, Sasha died, and the couple brought home two ducklings, one of which did not survive the winter. This led to the fact that Max and the duckling became friends.

«Initially, the duckling lived in a garage with a heater, and Max came here to see her,» says Kirsten. «One day we decided to release a duckling to see what would happen next.The Quakers went straight to Max and they’ve been together ever since. » 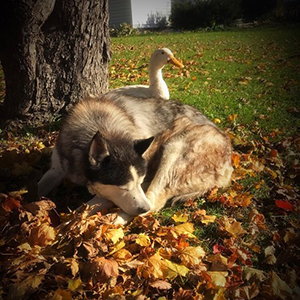 Soon after, Riley built a special house for the couple in a garage with carpeting and warmth for the winter. During the colder months, Max and the duckling stay close to home.

However, in the warmer months they go to the backyard to lie in the sun.