The piglet was weak and hardly gained any weight. So the farmers decided that there was no point in taking care of it. The little piglet was given a death sentence, but it was saved from execution by a kind man who took it for himself and decided to take care of it. 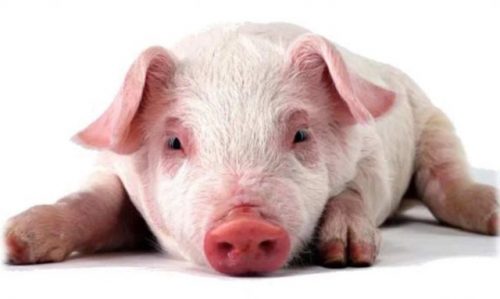 The farm worker tried for a long time to treat his unusual pet himself. But when his methods failed, he put her in the hands of veterinarians. At the vet clinic, the pig got cute outfits, new friends, and a name – Laura.

For a long time Laura was lonely, although the clinic staff paid attention to her and played with her. Laura didn’t have enough companionship. And to her great joy, a kitten was brought to the clinic for rehabilitation from the street. The kitten was left without a mother. No one was feeding it or taking care of it. The kitten was so weak that the veterinarians had to fight for its life.

As soon as she had recovered and gained some weight, the cat began to show interest in everything around her and a sincere childlike desire to play. The cat was full of energy and splashed it out on everyone who appeared in the vet clinic. But somehow she noticed a much more interesting companion to play with. 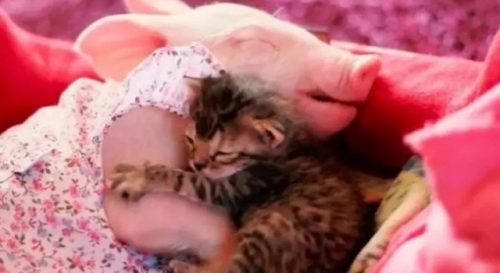 A pig running around the clinic seemed like the perfect companion for the kitty to explore her surroundings. The size of the animal did not frighten the kitty. She immediately came to get acquainted with such an unusual animal. Laura had no choice but to accept the friendship offered to her. The two animals quickly found a common language and became true friends. 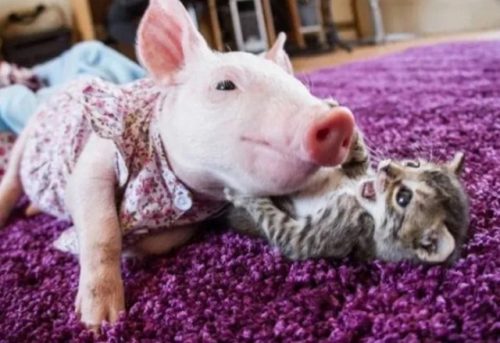 The staff of the clinic say that this unusual couple soon became the favorites of everyone around them. People take care of the cat and the pig, and they respond with love and a sea of good humor, which they give to everyone around them. Both animals are very active and energetic. They spend almost all their time in active games. 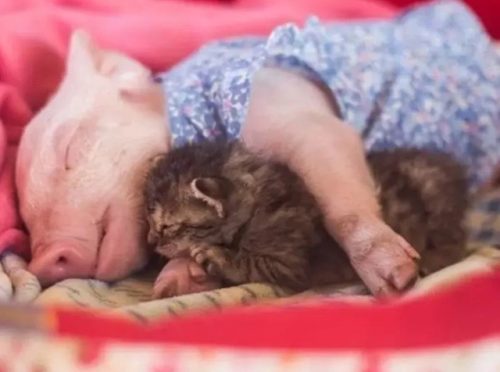 How the piggy and the kitten managed to become friends remains unclear to many. But from the first glance at this couple, it is clear that there is genuine love and affection between them.