The dogs lived in an enclosure for six months, during which time not a single resident of the city came even to meet them. We did not despair, and, as it turned out, were right. Almost at the same time we received two phone calls that were a turning point in the lives of animals. 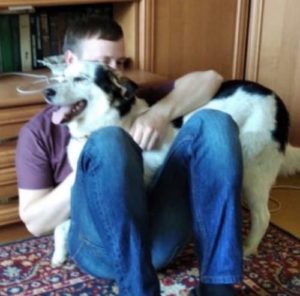 The dogs, named Mishutka and Grey, had been bathed and thoroughly combed and were on their way. They had a 1,000-kilometer road to get to their new homes. 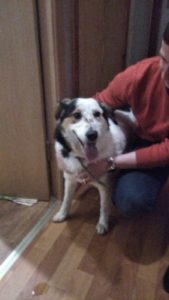 The dogs quickly got accustomed to the car and upon arrival did not even want to come out of it, believing that it was the best kennel they had ever had. The new owners still managed to get the dogs interested, promising that their new home would be much better than the car interior. 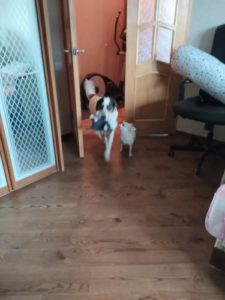 Gray went to a two-bedroom apartment, where in addition to his new owner was waiting for his friend, a Chihuahua, who immediately began to get acquainted with the newcomer and share his toys with him. 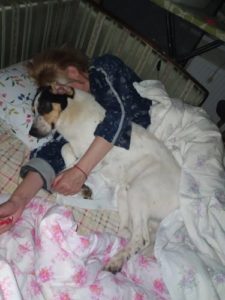 A warm mattress, new bowls and his favorite food were waiting for him in his new home. Gray decided that he shouldn’t be shy during the introduction and instead of the mattress he went to sleep in the bed with Anna, who had brought him to the new house and to whom the owners had prepared a room so that she could rest from the road. In the morning Gray, accompanied by his new family and Anna, went to get acquainted with the new place.