Alina drove home after work, but there was no joy, only irritation. The promotion, for which she had worked like hell for the past six months, had gone to someone else. Alina thought it was the size of her colleague’s breasts that mattered, not her professionalism. So the mood was bad.

“I need to open a bottle of wine, slice some cheese, and give myself an evening relaxation,” were the thoughts in the girl’s head as she irritably honked the car in front of her. 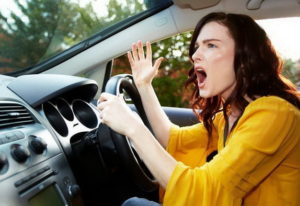 Alina pulled into the parking lot of the nearest supermarket and went to get wine in the drizzling rain. Near the entrance she noticed an old woman who was dressed very poorly, in some kind of sweatshirt from the sixties.

The old woman’s request was no less strange.

“Please, give me a penny to feed my cat, my pension is only enough for medicine and bread,” repeated the grandmother all the time. 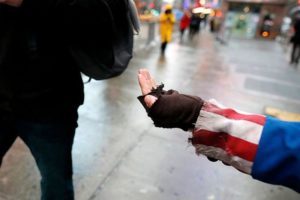 “Interesting way to collect yourself a bottle. Or is this a new kind of begging?” – Alina thought. However, her soul wanted not only wine, but also to do some good. Alina walked up to the old lady, took her under her elbow and said:

– “Come on, Grandma. You choose what kind of food you need.”

Grandma was a little confused. After all, Alina’s clothes alone said that she is not a poor lady. And why would she want to take a stranger with her?

First of all they went into the wine department. After that they went to the fodder section. The old woman gradually came to her senses and told her how she had come to this. 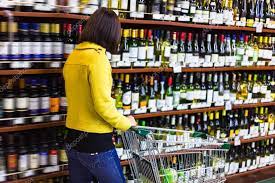 “Never been a beggar, always worked. 50 years of experience in a factory! And what a prominent spouse I had! He died last year. Only we don’t have children, God didn’t give us any. And my pension isn’t much. I have to pay the rent and buy medicine. And then two cats were dropped off by someone. I couldn’t chase them away, so they stayed with me. I myself live from bread to water, but they need something else,” said the grandmother quietly.

The old woman chose the cheapest food she could find. Alina quietly slipped a few more cans of good cat food into the cart. Afterwards, Alina wanted to lead her new friend to get her some normal food, but she just started waving her hands.

“What are you doing, daughter? I don’t want it! I won’t take it! You don’t have to hurt me. I’m not a beggar,” Granny gibbered again.

“She’s really going to be offended,” thought the girl. But still managed to talk her into accepting a loaf of bread and a carton of milk. Kind of like cats, after all, they also drink milk.

And as they left the supermarket, the old woman had time to thank Alina, probably a thousand times. However, she flatly refused to take a number. And so they parted, each going her own way. Grandmother went home to her hungry cats. And Alina went to her big apartment with expensive repairs. And she no longer thought of her colleague and the desire for wine disappeared, too.