A few inches of snow fell in the area over the weekend – just enough for five-year-old Tycho and his cousins to make a pretty decent snowman with a carrot nose and a road cone hat. 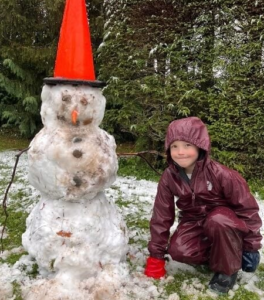 However, the bear had his own plans for the snowman.

Father Keith Mewis had time to press the record button from the kitchen when the bear came to their backyard the next day and began dismantling the snowman. 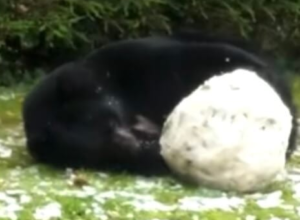 In the video, the Muises’ young daughter Elektra is heard saying to the scuttlebutt outside, “Go away.”

But the bear keeps rolling around on the ground with parts of the snowman between his claws.

“We thought he was going to try to eat the carrot, but he didn’t touch it. At one point he picked up the traffic cone we use as a hat, picked it up with his paws and played with it. It looked like he just wanted to have a good time,” Muise said.