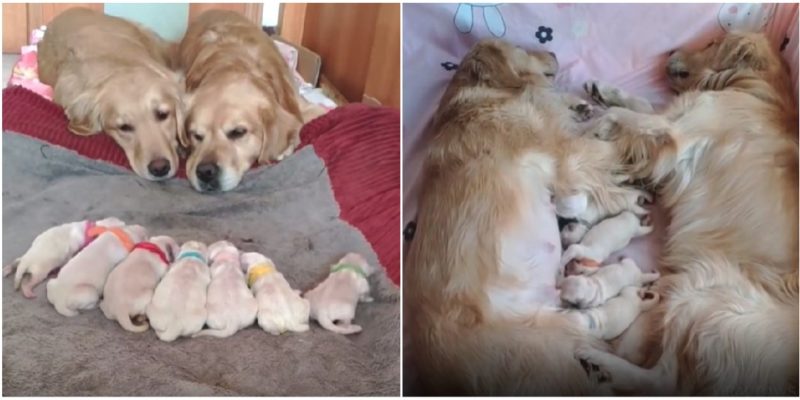 There’s nothing quite as exciting as becoming a first-time parent.This definitely rings true with this pair of Golden Retrievers who are celebrating the birth of seven new beautiful puppies!

Is there anything more adorable than puppies? Unlike human babies, puppies don’t cry loudly, and they’re a whole lot more fluffy and soft. 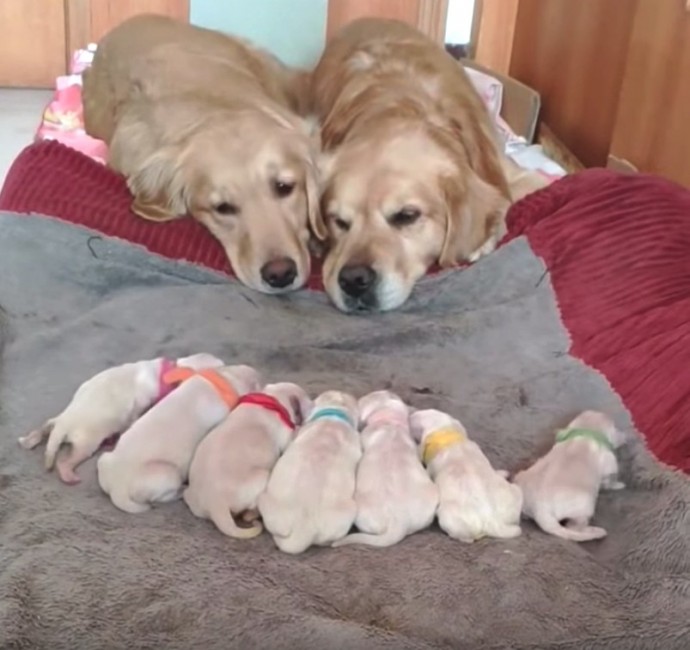 When the owner of two golden retrievers learned that one of them was pregnant, she was overjoyed. Her dogs had been amazing animals since she took them in. And she knew that their offspring would be just as great.

So the weeks went by, and the expectant mother dog got larger and larger. Everyone was excited to see the babies for the first time. Especially the father-to-be. He just couldn’t wait!

Then the day came. The pregnant dog went into labor. The owner and the father-about-to-be were there to offer support.

In no time at all, seven adorable puppies came into the world.
After the hard work of giving birth, all that the mother dog had to do was watch over her puppies. The father joined her.

The moment was so sweet that the owner just had to film it. 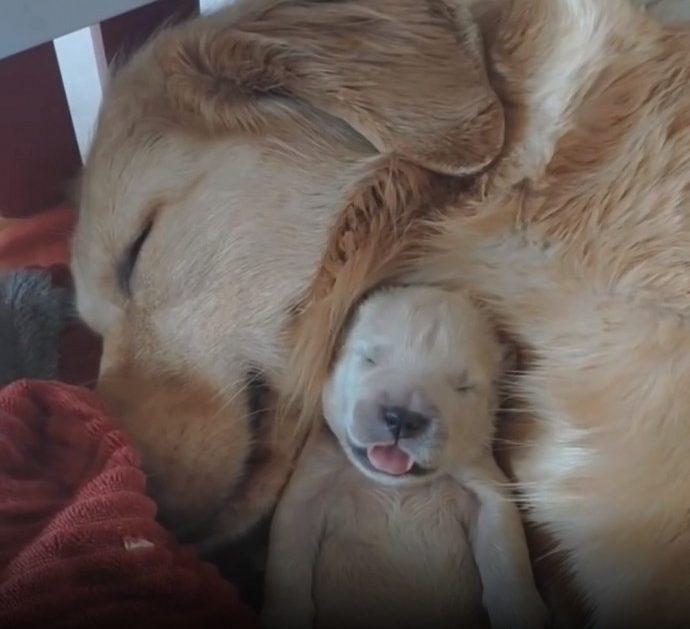 In the cute clip, we can see the undeniable look of love they share while watching the newborn’s sleep.They’re so proud of their new little family, look at all the love.

The parents watch the babies snuggling and the mom even smiles before the scene fades.Dads a keeper, see how he stays up to watch the little ones while he lets momma have a nap. 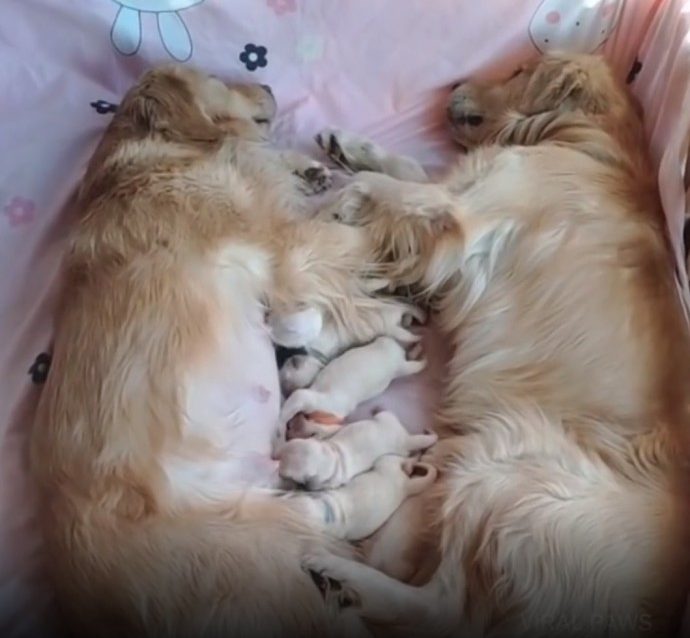 The father placed his head gently over the mother’s head, as if to say “I’m so proud of you!”

We can guarantee that watching this video is going to make you want some puppies for yourself!