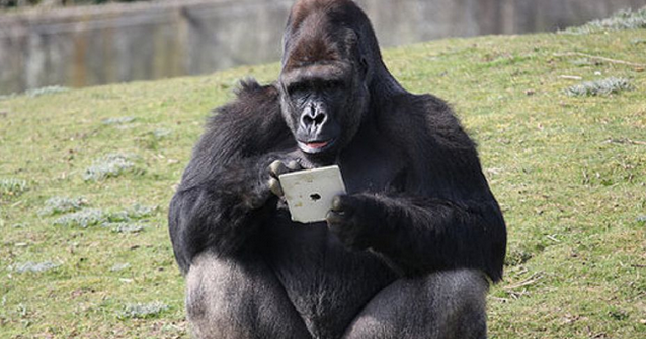 People who are distracted by phones are a common occurrence these days. But what if it’s about a 16-year-old 188-kilogram gorilla named Amare? 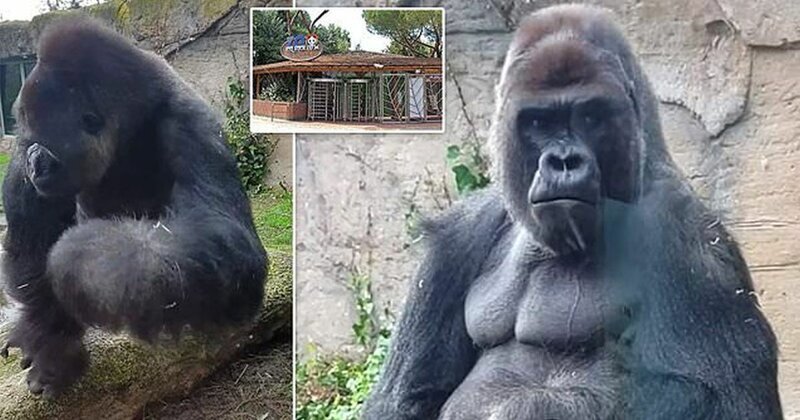 The gorilla lives in Lincoln Park (Chicago). His addiction is caused by the fact that a huge number of visitors approach the glass fence to show Amara photos and videos on their smartphones.

One day he was so engrossed in a guest’s smartphone that an attack by another gorilla took him by surprise. Although this aggressive interaction is normal and does not cause any harm. Distracted behavior can lead to a decrease in Amare’s social status in the pack. And as a result, it is fraught with “serious consequences in development,” scientists say. 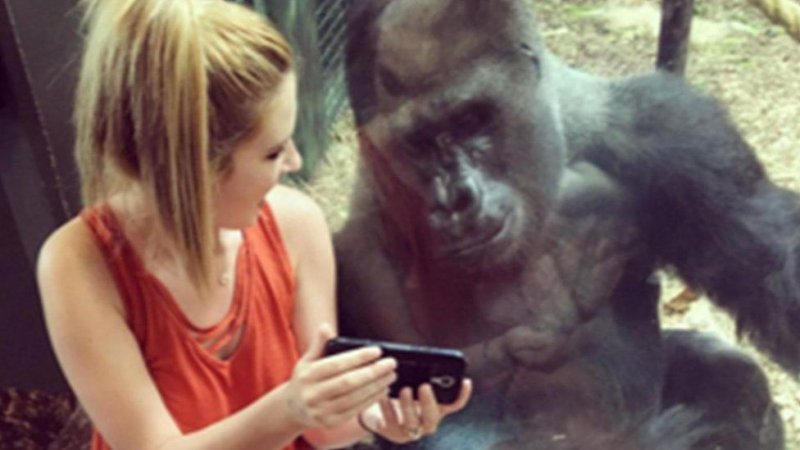 According to the head of the zoo, Stephen Ross, the staff is concerned that the gorilla spends more time admiring photos of visitors than communicating with other monkeys. 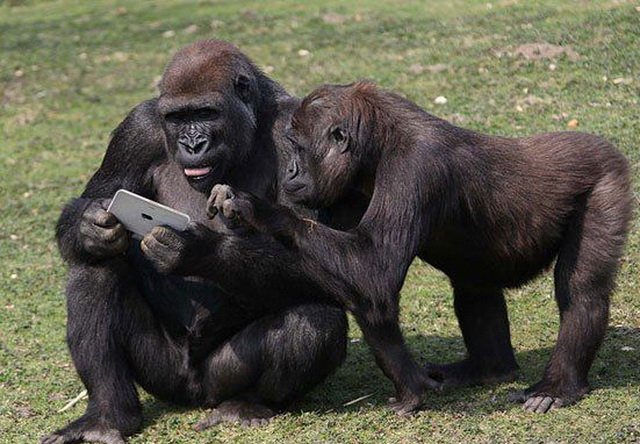 Now employees have installed a rope fence so that visitors with their smartphones stay away from the young primate.

In 1997, this woman gave birth to seven children. How do the world’s first seven-born babies live now?
Bobby and Kenny McCaughey already had one child, but they just needed one more
POSITIVE 0 16