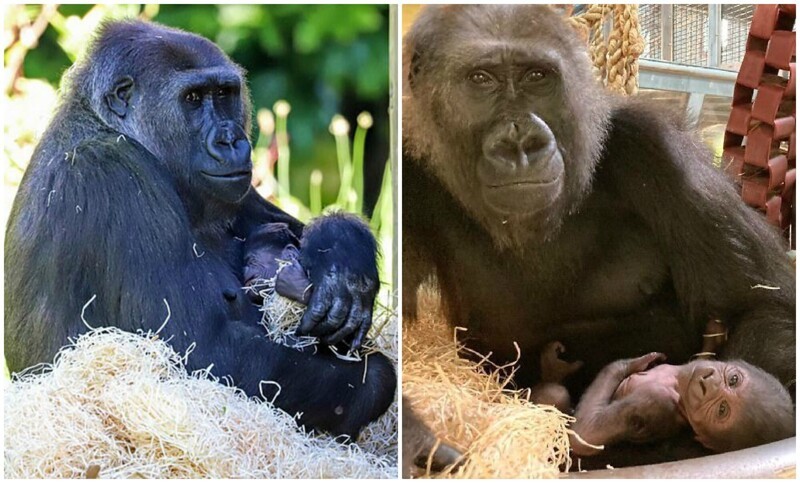 The staff of the entire Bristol Zoo in England is happy. A 9-year-old gorilla named Kala gave birth to a cub. Unfortunately, last year the female lost her baby, but today the happy mother can’t get enough of her newborn child!

A 9-year-old gorilla named Kala lives at Bristol Zoo in England. Recently, the entire staff of the zoo was delighted with wonderful news. Kala gave birth to a baby: “We are very excited. It is very unusual to see and observe a baby gorilla. Kala gave birth to her baby at night in the presence of father,” the zoo staff wrote. 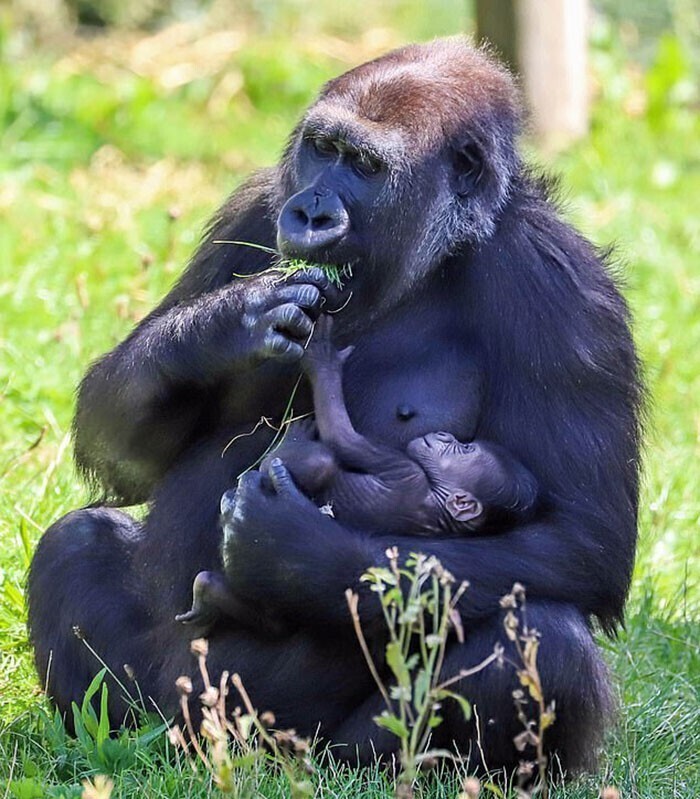 Unfortunately, in September last year, Kala lost her baby when he was less than a week old. She had a low placenta, which blocked the birth canal, thereby preventing natural birth. Veterinarians had to do an emergency caesarean section. However, the cub was too small, and could not last even a week, despite the efforts of the staff to save him. 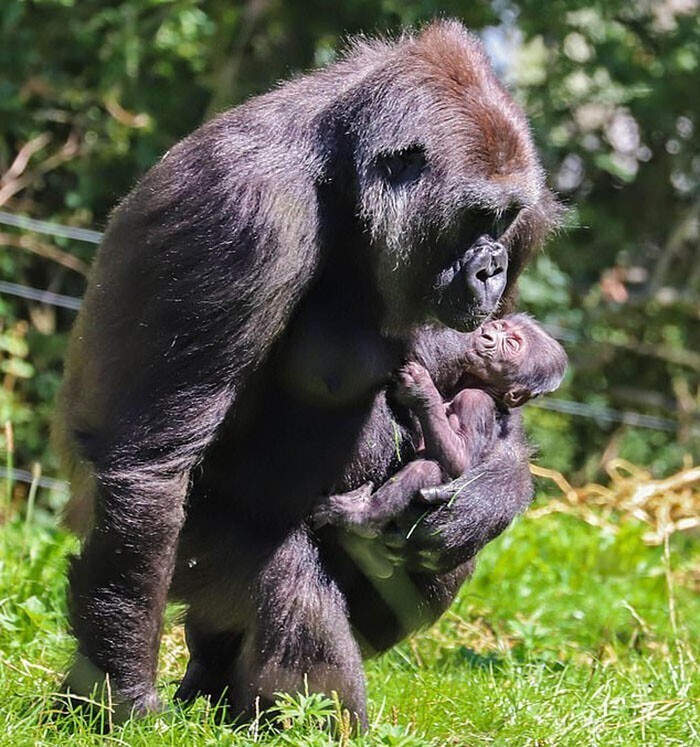 Kala seemed to understand everything. She was heartbroken. But after a while, she managed to get pregnant again. And just recently she gave birth to a baby. “Kala is extremely attentive, and treats the baby sensitively. He looks strong and healthy, gradually grows fur, and becomes more and more curious,” the zoo staff says. 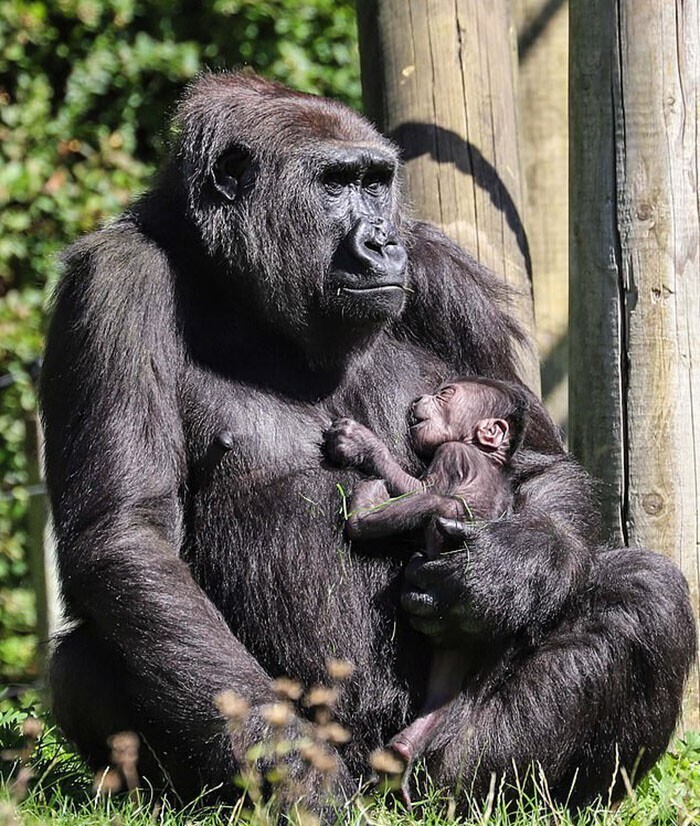 The sex of the baby is still unknown. Since Mom keeps him close to her all the time. Employees do not want to disturb the family, and will find out the gender when it is possible.

An incredibly strong bond has appeared between the baby and his mother. 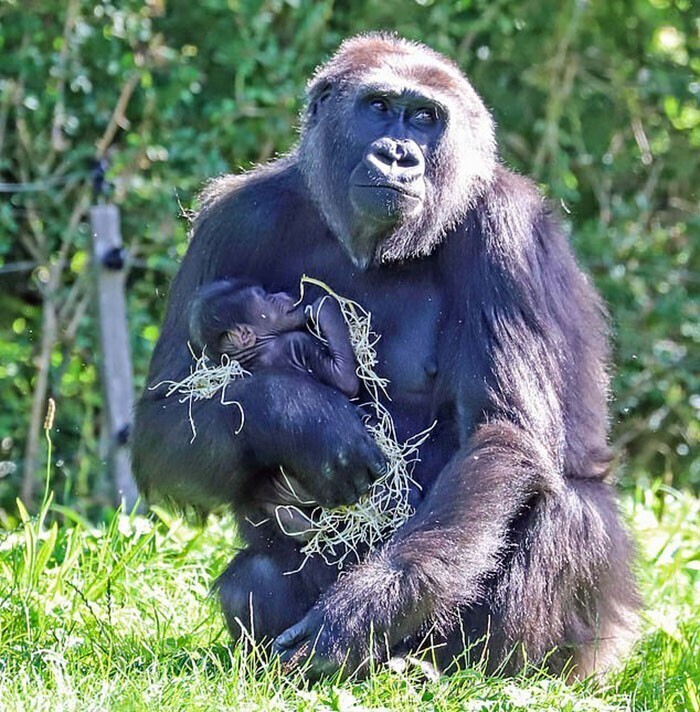 Mom’s hugs are the warmest! 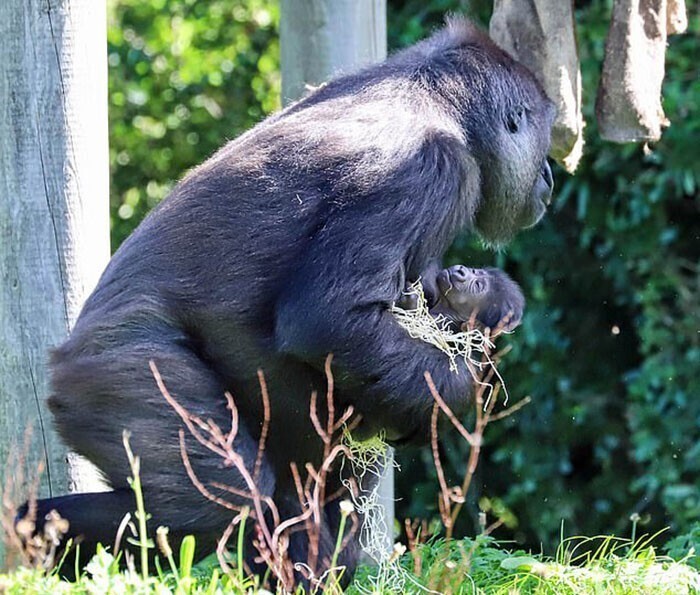