A dachshund called Razor heroically came to the rescue of a Saint Bernard who had been stuck in a cold, muddy ditch for about 18 hours. The Saint Bernard, nicknamed Jazzy, escaped from Tim Chavez’s home in New Mexico on Sunday afternoon.

Razor was not about to leave his buddy and kept trying to get someone’s attention. He barked at his neighbour as well. But it was only when a passerby noticed Razor’s frantic barking that he went after him. Finally Jazzy was discovered. 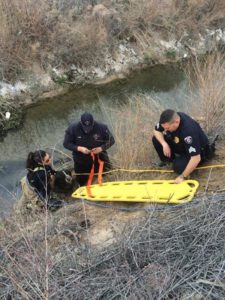 “Razor swept across the field, along the irrigation ditch and appeared here,” said Chavez, pointing to the spot where Jazzy was rescued.

“This is the spot where Jazzy got stuck. She’s stuck here at least two feet in the mud.” 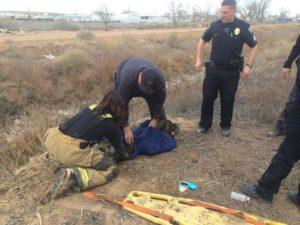 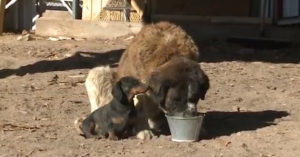