Dogs often surprise us with their heroic deeds. 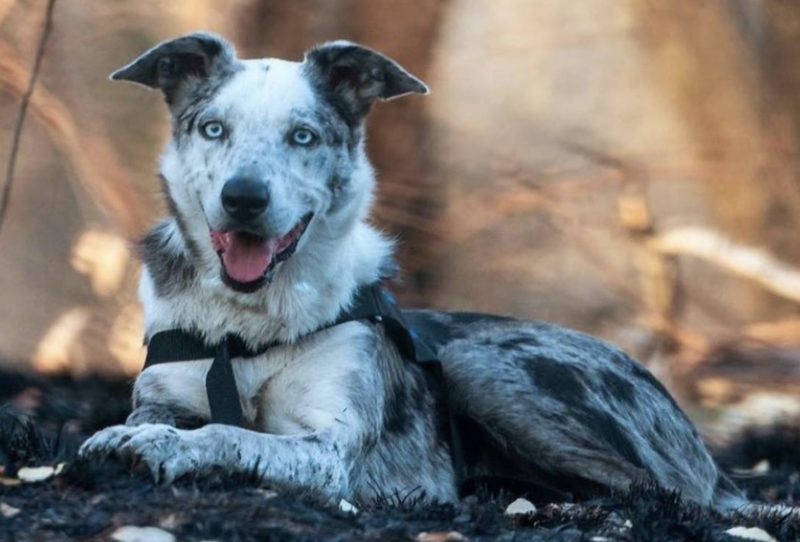 Due to severe forest fires, Australian koalas have been seriously affected. A border collie risked his life to save the helpless marsupials from the fire. Now the heroic dog has received recognition and has earned awards from the International Fund for Animal Welfare (IFAW).

A dog named Bear (Border Collie mix)- one of the few dogs in the world with a special skill that allows him to find injured koalas by smell. In 2019, during the devastating bushfires raging across Australia, Bear was in New South Wales and Queensland. 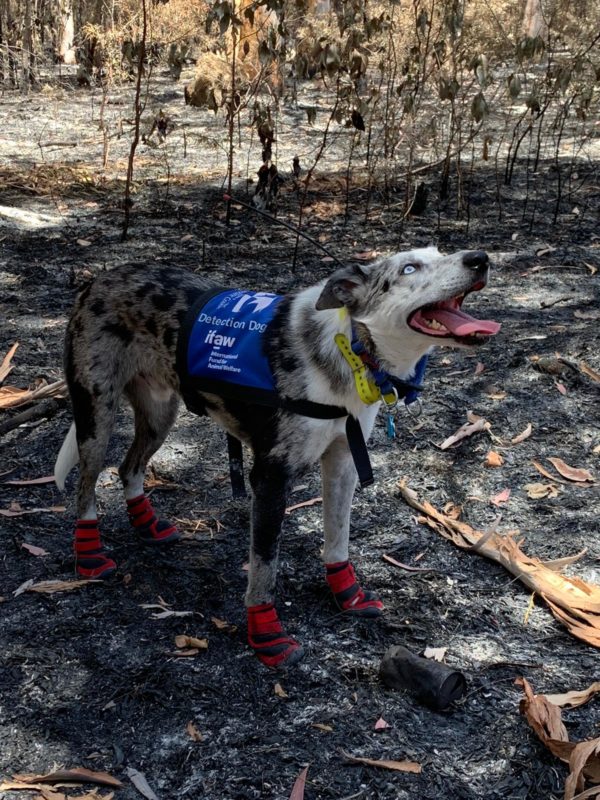 There, a heroic puppy, dressed in special socks to protect against burns, teamed up with brave firefighters and managed to save more than a hundred koalas from the affected areas.

Despite the fact that the Bear is a real hero, but in the past he had a difficult life. Incredibly, he was abandoned by his original owner back when he was a puppy because he possessed “infinite energy.” 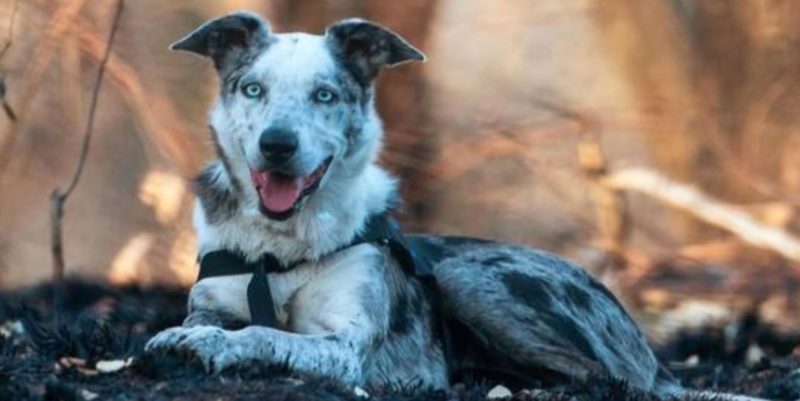 Fortunately, he was rescued and taken to the University of the Sunshine Coast and included in the search team. Here he was well trained to detect koalas by smell.