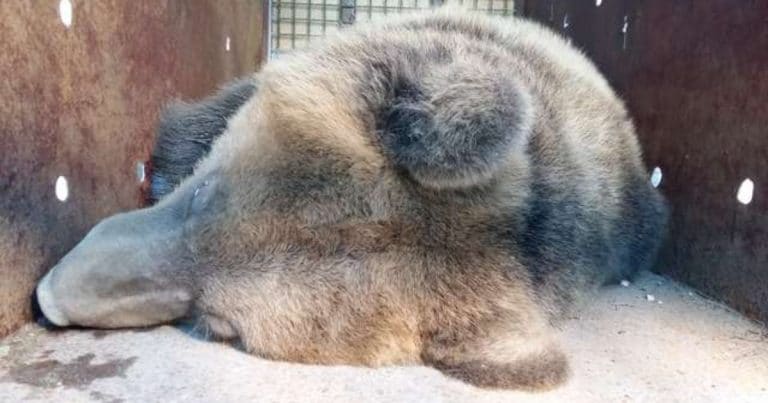 When the bear named Riku first came to the shelter last year, he had to learn to live anew and adapt to completely different conditions.

The poor bear was kept chained up in a miniature shack next to a man’s house in Albania. Rescuers assume that the animal has lived like this since childhood. When the bear turned two years old, he became too big for the owner.

Riku was in chains for days on end, not knowing what sunlight and juicy, green grass are. 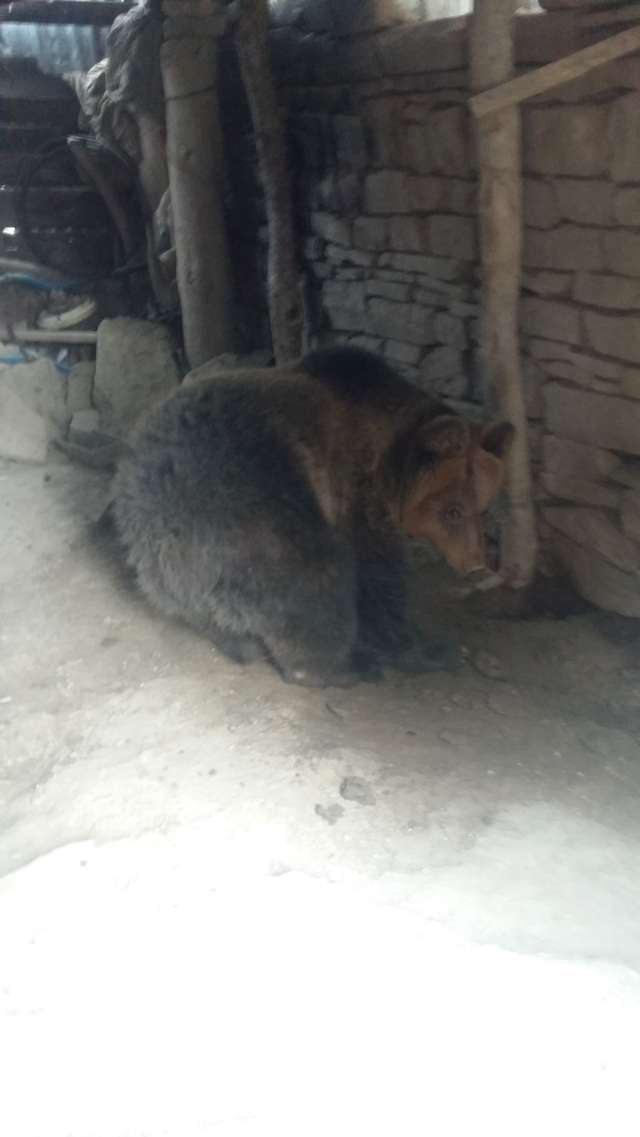 In autumn, rescuers took the animal and brought it to Bulgaria. The bear was placed in a shelter designed for animals that were rescued from abuse. There is a huge park where bears live. 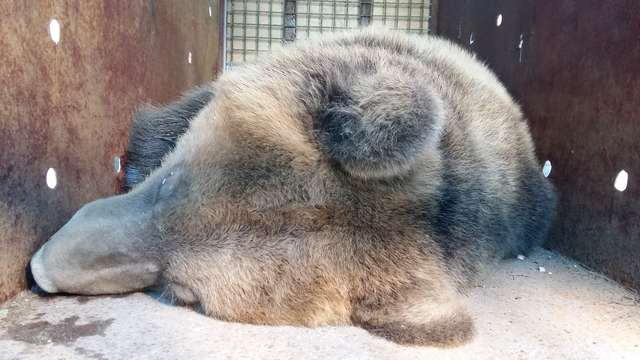 Finally, Riku could wander around the park in peace, greedily inhaling fresh air and communicating with his brothers. All of them need some time to adjust to the new conditions.

The most difficult thing for the rescued bears is to hibernate normally after they have been in captivity all their lives. After all, in captivity, animals do not have the opportunity to build a den for themselves. Therefore, once they are free, they do not know how to do this and sometimes skip whole winters without falling into hibernation. 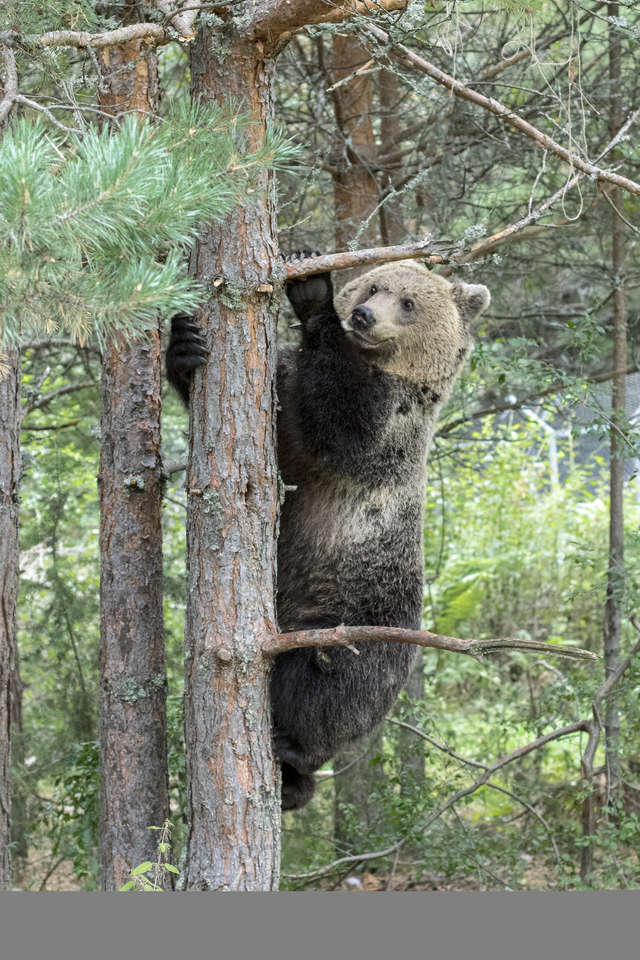 Rescuers do not know how Riku will cope with this problem this year.

Now the bear is very calm and peaceful. Last winter, the kid was so fascinated by the snow he saw for the first time that he didn’t want to sleep. And what will happen this year is still unknown. 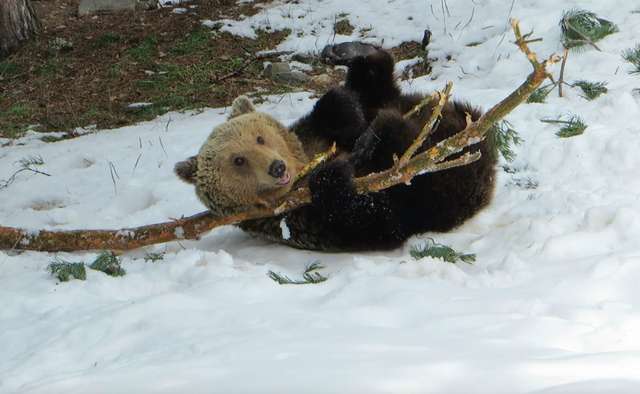 While the experienced brothers of Riku were busy with their dens, our hero was “fighting” with some kind of log with an expression of happiness on his face.

Rescuers really hope that his natural instincts will tell him what to do next, and he will still hibernate this year!