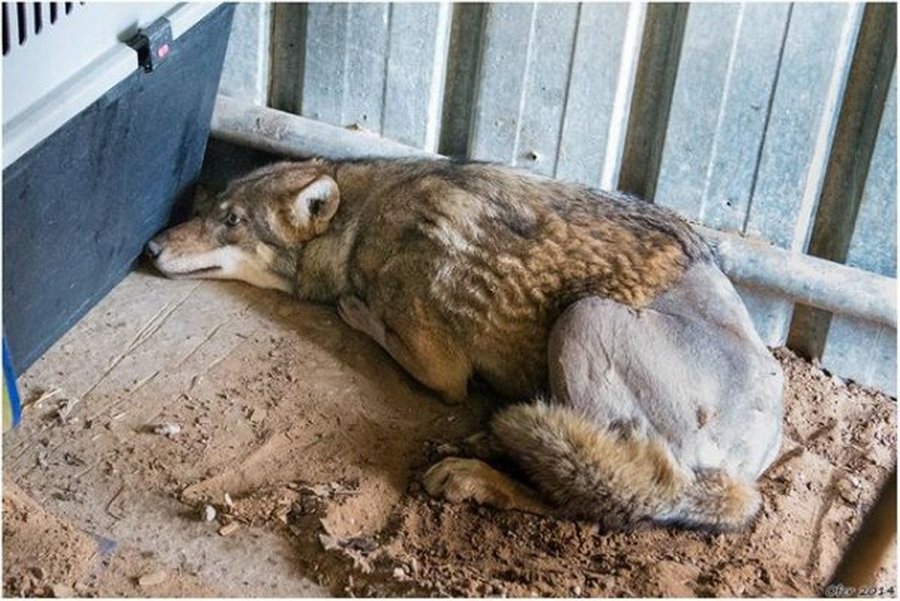 Unfortunately, accidents on the road involving animals are not uncommon, and a wolf named Oliel was no exception. Not far from one of the villages of Israel, a car sped down the road so fast that it didn’t even notice the animal it hit.

But there were kind people who noticed the poor guy and took him to the veterinary clinic. It was there that he was nicknamed Oliel.

First of all, it was important to do an X-ray of the paw. And the result was not at all pleasing.

It was impossible to delay, so they immediately began to prepare for the operation.

After such procedures, the animal recovered from stress for a long time. But the doctors tried to get the wolf back on his feet as soon as possible: it was impossible for him to get used to people.

Wolves are wild animals that should live in freedom. But if Oliel had gotten used to a person, he would hardly have returned home by now.

Rehabilitation was a little delayed. Oliel spent as much as 4 months recovering his health.

But everything ends sooner or later: both good and bad. It’s time to let Oliel go free.

In order to transport the animal safely, the wolf had to be put in a cage. Oliel was terribly scared and did not understand what was happening around him.

Then he looked up at the saviors, who had also become friends for him. The wolf realized that he would not be offended and certainly would not be harmed.

When the driver reached the desired point, the car stopped and people put the cage on the ground.

For the first time in many months, Oliel found himself free, in a place he used to know well!

For the first few minutes, the wolf sat in indecision: he did not understand that he was completely free, that he was healthy and could go towards adventures.

But then instincts took over and Oliel ran.

The doctors did a good job: the paw completely healed and the wolf did not even limp.

The wolf ended up where it should have been, thanks to the right decision of the doctors, who did not send him to a zoo or circus, where the wolf would have to live until the end of his days.

It is worth paying tribute to the people who made the wolf happy again and gave him back his real life!