An ordinary walk turned into a joyful reunion for two cockapoo dogs who had been separated for a long time. 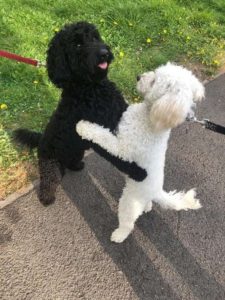 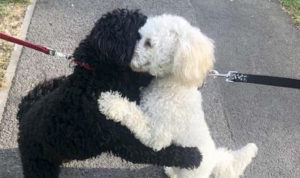 Only a few minutes passed and the dogs embraced each other with their paws, as if they were cuddling, and the owners were able to talk to each other.

After a short conversation, it turned out that the dogs were from the same litter, but they had been separated and ended up in different families. 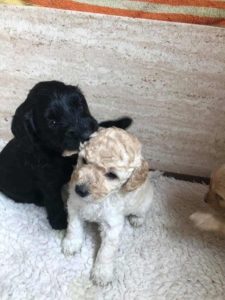 The owners liked it, too, and they hugged each other.

Although Monty and Rosie haven’t seen each other in a while, Susan says they plan to meet again soon: 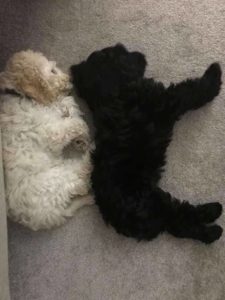 «We’ll meet again soon. And since Rosie and Monty will have their first birthday in a few days, hopefully we can celebrate together.» 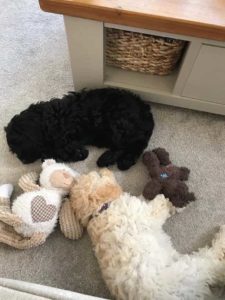