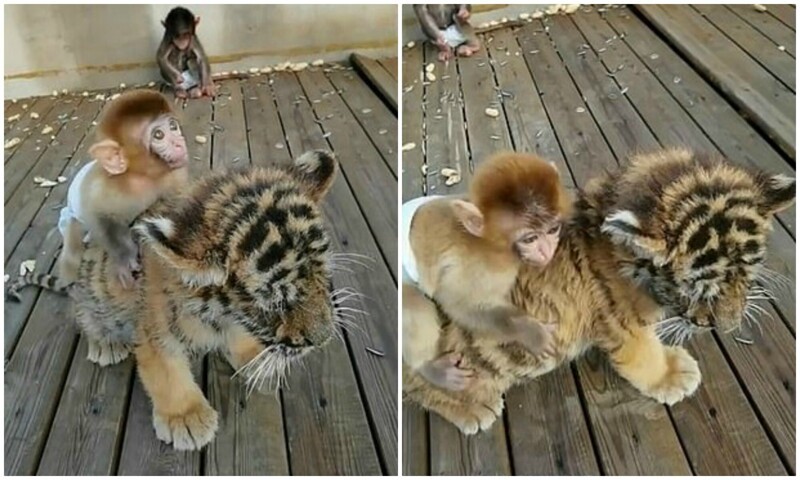 A cute scene was filmed in the Chinese Hengshui Wildlife Park. A baby monkey was riding a small tiger cub. These babies were born at about the same time, and miraculously became friends. The caretakers witnessed such an unusual friendship for the first time. 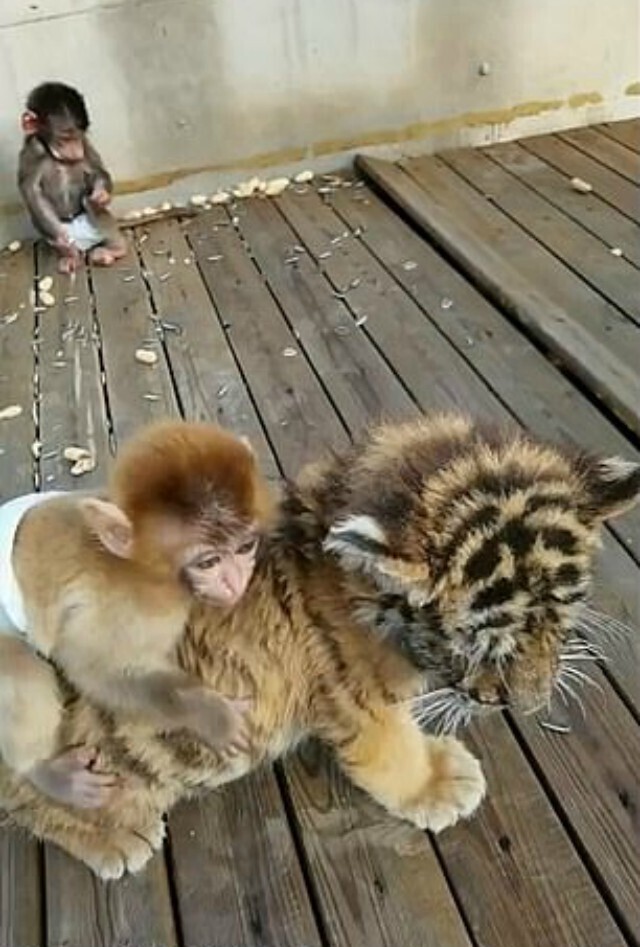 “At first, Ban Jin was afraid of the tiger cub. But then they quickly became friends. They like to spend time together. We sometimes let them play with each other. It’s a pleasure to look at them,” the zookeepers say. 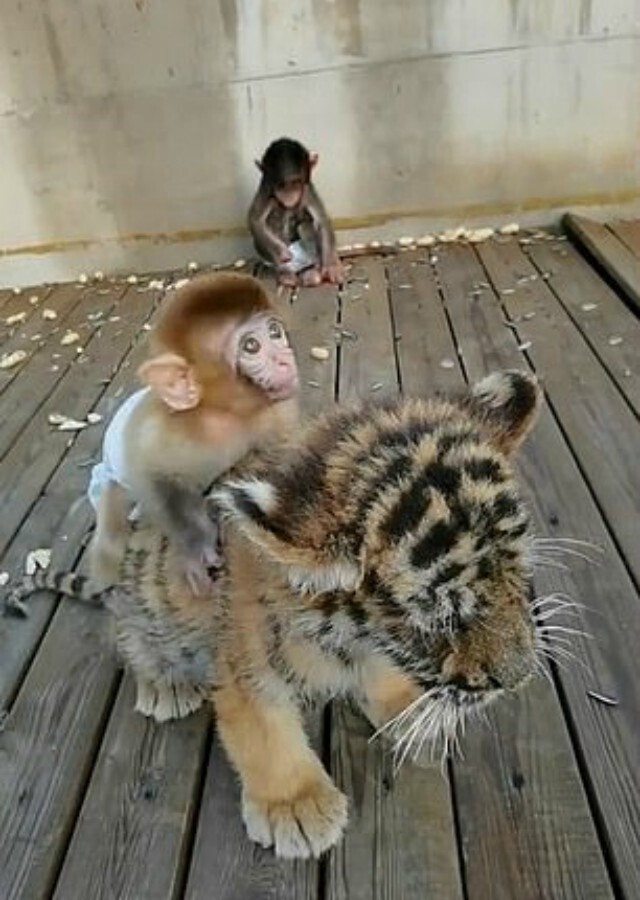 According to the caretakers, they met with such an unusual friendship for the first time.