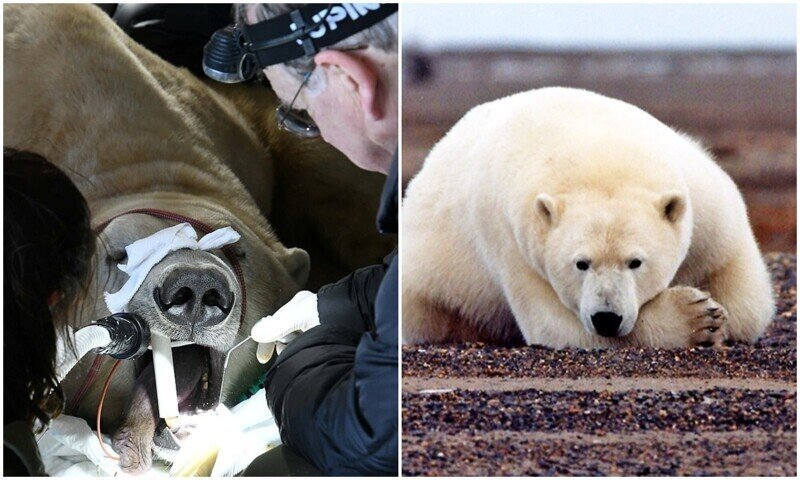 Surgery on the root canal of the tooth is not an easy procedure. And especially when the patient is a 600-kilogram polar bear. The staff of the animal sanctuary in England decided to help the bear, who was suffering from toothache. And it was decided to carry out treatment. Let’s see how the teeth of white bears are treated.

A three-year-old bear named Sisu lives in the Yorkshire Wildlife Park in England. Recently, the caretakers noticed that the bear does not feel well and does not show activity. After the vet’s examination, it turned out that Sisu’s canine was seriously damaged. He was not left in the lurch. 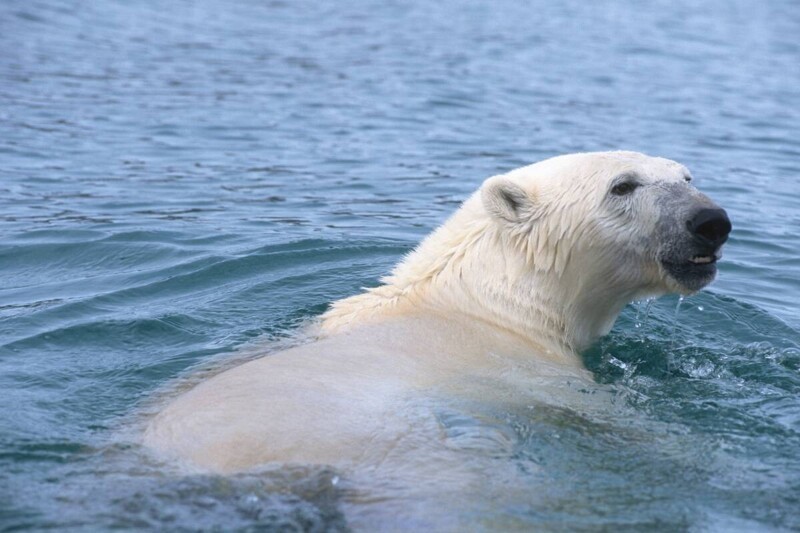 A dentist-zootechnician performed an operation on the bear to clean the root canal of the tooth (nerve removal). The operation under general anesthesia lasted an hour. And several specialists took part in it. The dentist was engaged in the removal of the canal, a nurse helped him. And several other employees monitored the condition of the bear. 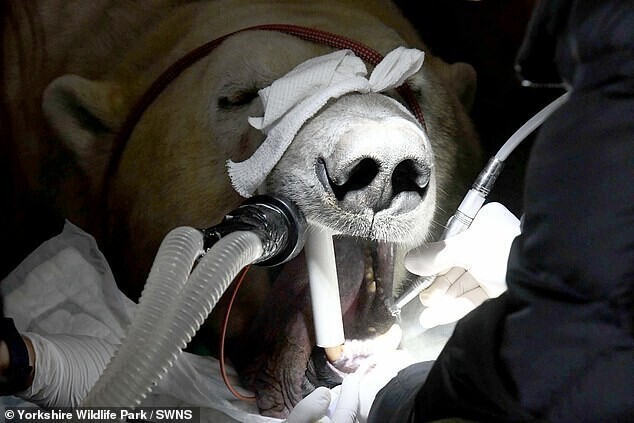 The operation was successful and, according to the doctor, very timely: “I am glad that we operated on Sisu’s tooth in time, because a broken tooth can lead to severe infection and cause pain. We cleaned the infected root canal and sealed it,” said dentist Peter Curtis. 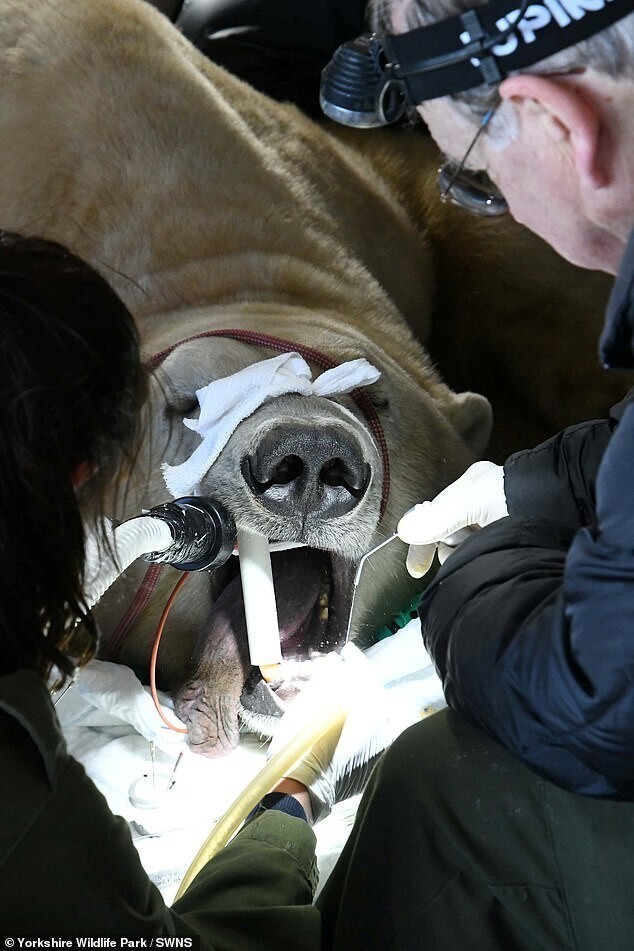 After the operation, the bear was moved to the aviary, where he woke up after a while. And undoubtedly, he was very grateful for the help! In addition to Sisu, eight other polar bears live in the Yorkshire Wildlife Park. It is the largest wildlife center after the Canadian Park. 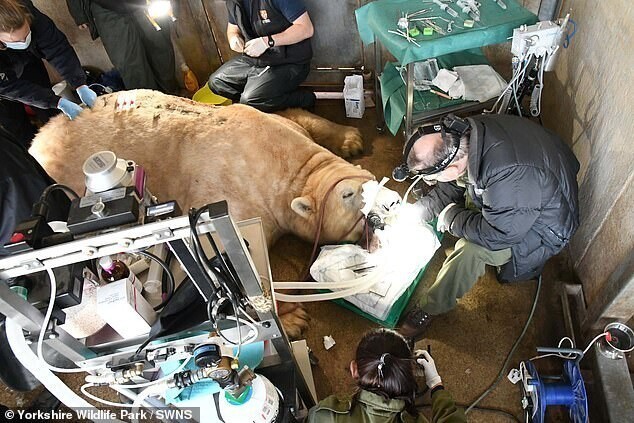 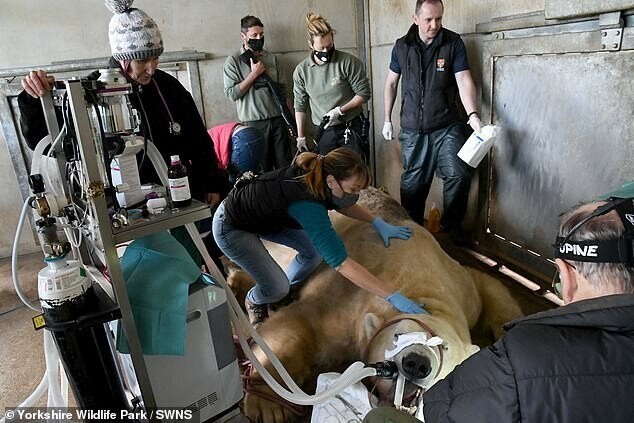