A husky dog named Hel found an abandoned newborn baby in a park in Birmingham, England.

However, Hel’s owner Terry Walsh believes that it wasn’t Hel’s instincts that led him to find the baby, but rather divine intervention. He believes that Hel was “sent from heaven to save the newborn boy.” 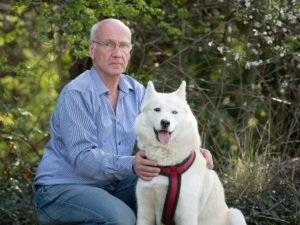 Hela’s owner, Terry Walsh, was taking the husky out for a walk last week when the dog ran into a pile of blankets under a bush in Birmingham.

Inside this pile lay a sleeping newborn boy. Walsh said he would have walked past the blanket if it hadn’t been for Hel. He thought it was just a rolled up discarded blanket, not a baby. “I turned round to grab hold of Hel so she didn’t walk over the glass, and she went off to the blanket, lying next to it, and started nudging it with her nose very gently,” he explains.

“Suddenly I heard this baby cry,” Walsh, 64, told the outlet. “I think it was Hel’s gentle nudging and the heat from my husky’s body that woke the baby up.” The baby was wrapped in a blanket and was probably only a few hours old when Walsh and Hehl found him.

Thanks to their quick response, he was taken to the hospital, where staff said he was fine. The boy was named George because he was found the day before St. George’s Day. 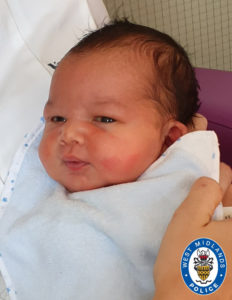 “I thank God the baby stayed alive, it could have been much worse,” Walsh said.

“The baby could have died. I told my neighbors, ‘Heaven sent Hel to save this newborn boy!

Police said their first priority was to find George’s mother, and on Thursday they released several photos of baby George in hopes that it would help them find her.

She was finally identified eight months later.
Police said they are “ensuring that she gets the appropriate support and care she needs.” They also asked the public to reserve their judgment and comments. 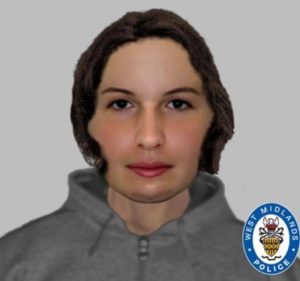