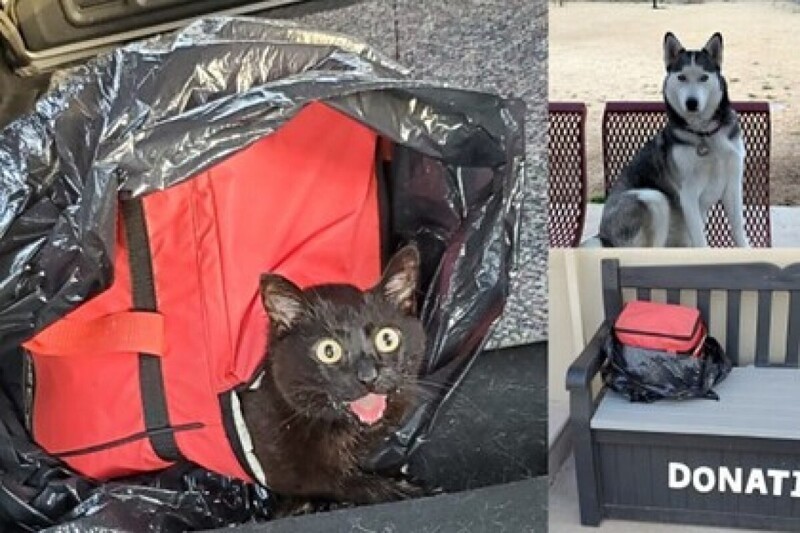 Around 5:45 a.m., Terin Jones went for a walk with her husky named Koda. The owner and the dog were walking along the usual route past the Fearless Kitty Rescue homeless animal rescue center.

Usually, Koda runs around the neighborhood at ease and never stops near the center. But this time it was different. The dog rushed to the bench next to Fearless Kitty Rescue and started barking loudly. 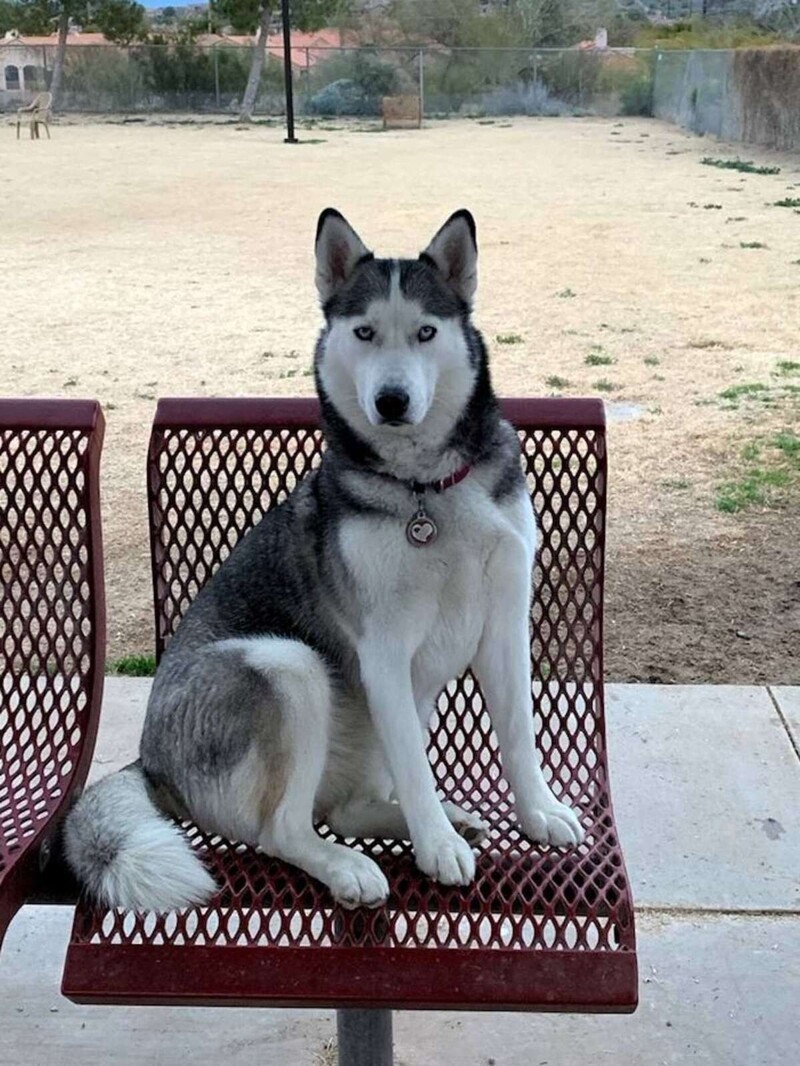 Koda rushed to the bench, on which there was a refrigerator bag, zipped up and wrapped in a garbage bag. The dog was barking, as if saying, «There’s something there. Mom, look!» Terin said.

Amazed by the dog’s actions, Terin went to the bench and unzipped the cooler bag. A black cat stuck its head out of it and began greedily grabbing air: fluffy was very happy to be released. 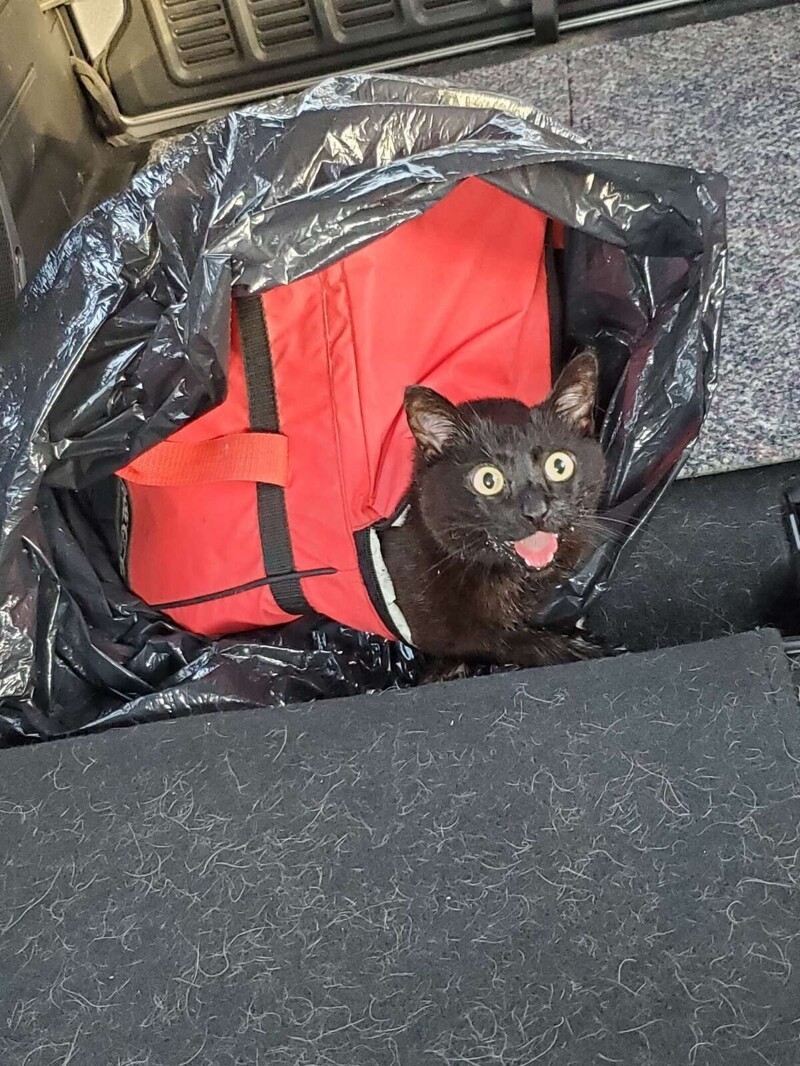 The woman waited for the start of the work of the Fearless Kitty Rescue center and brought the cat there. While the cat was recovering, Terin came up with a name for her — Juliana.

«She’s so cute, a little nervous and shy. But she likes being with people. She purrs and exposes her stomach. After what she’s been through, it’s just amazing,» Terin says. 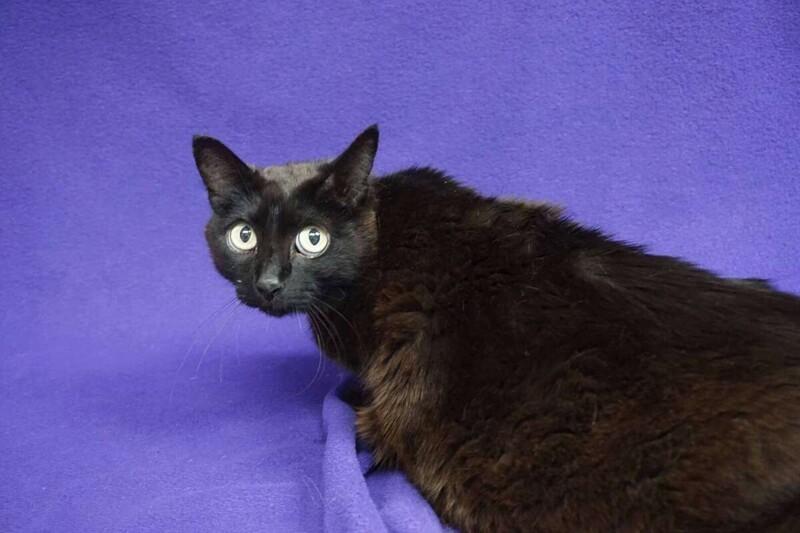 Now Juliana is waiting for an operation (the veterinarian found a large tumor on her tail). After which she will start looking for a permanent home and a loving family. Thanks to Koda and Terin, the cat got a second chance at a happy life.

LIFE STORIES 0 32 views
The tourists had chosen a quiet place near the river to fish. They managed

ANIMALS 0 34 views
The story happened in the winter. A car stopped outside the medical center, the

ANIMALS 0 33 views
Mason disappeared after hearing an explosion in the middle of a forest fire. His

ANIMALS 0 34 views
Amid the scorching heat, everyone looks for a bottle of water, especially when out

ANIMALS 0 40 views
A young cat lived on the streets of a city. Although the cat was

Fishermen were fishing when a tiger stealthily emerged from the bushes and carried off the entire catch: video
The tourists had chosen a quiet place near the river to fish. They managed
LIFE STORIES 0 32

The one-eyed cat Pirate walked around looking in windows hoping to find a home
A young cat lived on the streets of a city. Although the cat was
ANIMALS 0 40

Delightful moment: police officer stops in the middle of work to get a thirsty monkey drunk
Amid the scorching heat, everyone looks for a bottle of water, especially when out
ANIMALS 0 34