This story is about a dog, Maya, who was rescued by a girl with a big heart named Sylvia Rissa. Five years ago, Maya was living in a so-called “puppy factory” in Goiânia, Brazil, where her opportunities were used to give birth to little huskies. Maya was terribly exhausted. And because of the horrible treatment and conditions, she began to suffer paralysis in her hind legs. Her serious health problems rendered Maya useless to the underground kennel, and the owners decided to get rid of her. But Sylvia came to the rescue to give the poor dog a chance at a happy life.

A Siberian Husky named Maya lived in an illegal kennel in Brazil, where she was used to breed puppies. 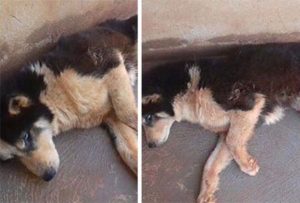 Sylvia is an animal advocate. And one day her colleague received a complaint that the owners of an illegal kennel were trying to get rid of the dog because she was no longer bringing them profit (puppies). They wanted to give her rat poison to “end her suffering.”

When Maya was found in a cold cage, she had wounds on her body and suffered paralysis of her hind legs. 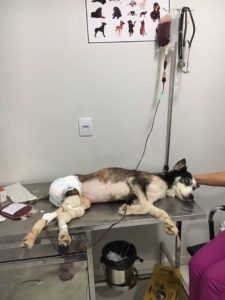 “August 28 is a date I’ll never forget. When we arrived, she was lying all wounded,” Sylvia said. 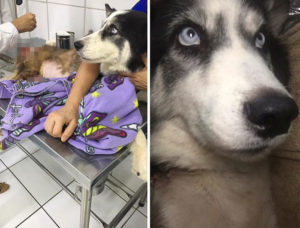 “She was drinking her own urine and eating her own feces, and that scene broke my heart.”

“When we put Maya in the car, we could see the relief she felt when she left the place.”

“Maya was paralyzed after she was beaten and tied up. It was very difficult for her to breathe.” 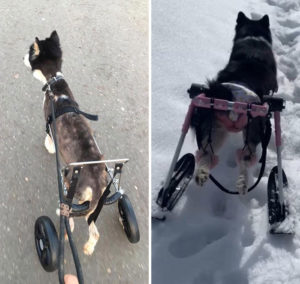 For 48 hours Sylvia did not leave Maya because the dog was extremely weakened. But in her eyes there was a strong desire to live. 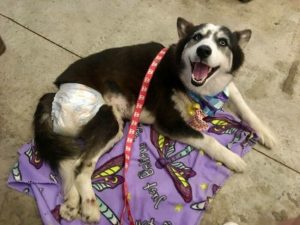 “Maya was a little timid at first, but who can blame her? She never knew love or affection.”

“In all the five years of her life she’s seen nothing but a cold cage and evil from people.” 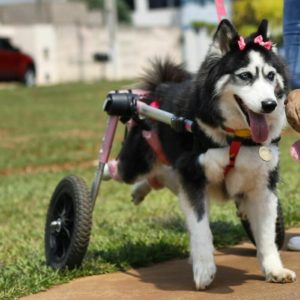 After her rescue, Maya underwent 1.5 years of treatment, which was designed to restore not only her physical health, but also her mental health.

“Knowing Maya’s story, I already knew that she would never walk again, and that was never a problem for me…” 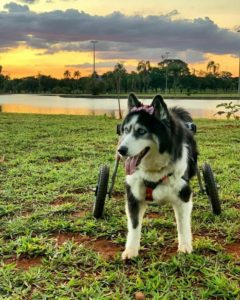 In the five years since her release, Maya has transformed beyond recognition.

For this, we can thank not only kind people, but also the incredible will to live that Maya had. 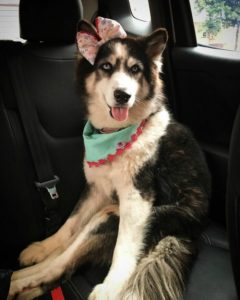