If Alice has not been in the kitchen for a long time, and the cat has already managed to get hungry, then he immediately tried to take his owner there. At first, the cat stood in the doorway and began to meow loudly. When Alice finally noticed her pet, he defiantly went to the kitchen.

— What am I going to eat alone? Come on, come with me, otherwise you’re already completely emaciated! You will die of hunger, and then who will feed me? – as if the cat was saying it.

Usually such measures helped. Alice stopped minding her own business and followed the cat. But the usual order of things changed when the girl got sick. She’s been in bed all day. The cat liked this way of life. However, around lunchtime, as usual, he «took» the owner to the kitchen. She decided that the pet had run out of food or water. After Alice filled the bowls, she went back to bed. The cat stood in the kitchen for a while and went after the girl again.

The cat stood up on his hind legs, putting his front paws on the bed, and carefully sniffed the girl

— What are you up to? Am I going to eat alone? What about you? – the cat looked puzzled.

— Eat alone today, — Alice said softly and wrapped herself more tightly in the blanket, and then fell asleep. 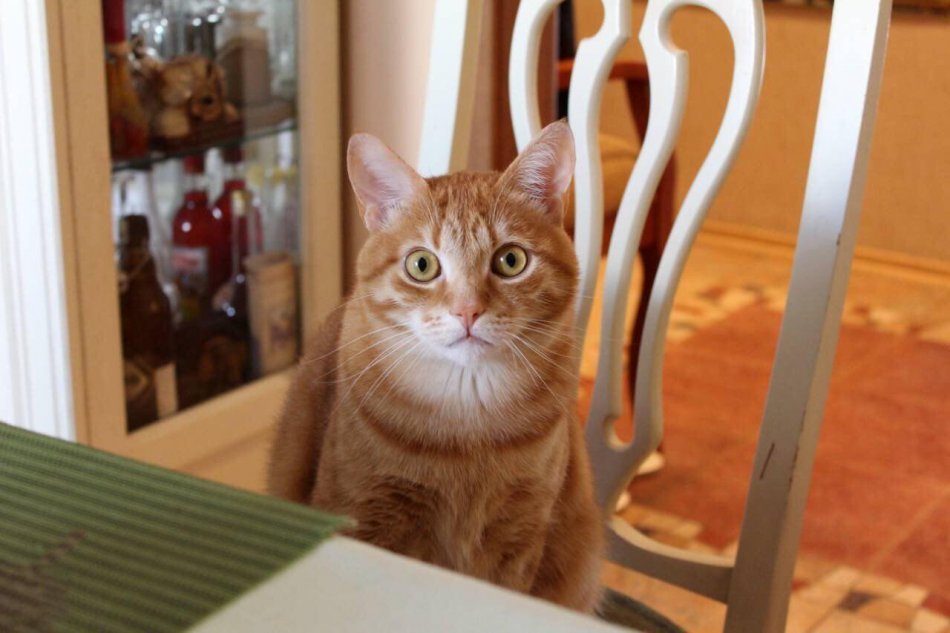 A couple of hours later, the girl went back to the kitchen to pour water and drink a pill with it.The cat immediately got up and ran after the owner. His food and water were also untouched.

«Nothing, he’ll get hungry, he’ll eat without me,» for some reason this made Alice angry.

But by the evening the situation remained the same.

«What am I doing? Okay, I don’t want to eat, but the cat is waiting for me, although he is probably hungry,» the girl thought.

When the cat saw that the girl was picking at chicken soup with a spoon without appetite, he immediately joined the meal, and it was obvious that he was very hungry. 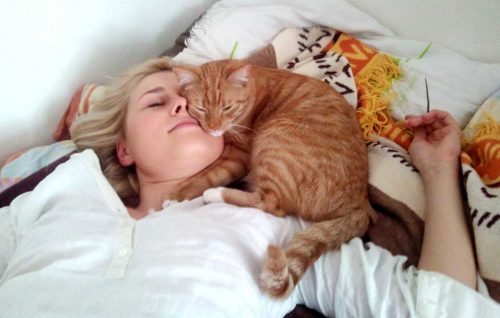 After dinner, Alice and her pet returned to bed.

— Nothing, we’ll cure you! – as if the cat wanted to say, laying down sideways and purring. – Don’t worry, I won’t leave you!

ANIMALS 0 18 views
In the United States, a woman was helping her relative with repairs. While she

ANIMALS 0 51 views
Dusya recently had puppies. But the trouble was, the dog was homeless. In order

ANIMALS 0 57 views
A sad story happened to a dog named Bruno. He suddenly lost both his

The street dog led the couple to a door with a sign. This was the beginning of his new life
A sad story happened to a dog named Bruno. He suddenly lost both his
ANIMALS 0 57