Ruslan was returning home from his friend’s house. It was getting dark outside, and his path led him through a small forest. As he walked along the path, Ruslan heard a low squeak. Looking around for the source of the sound, Ruslan saw a box, crumpled and soaked from the recent rain. Inside the box sat five puppies, still very tiny and very frozen. When they noticed the man, the puppies began to cry louder, huddling closer to each other in an attempt to keep warm. 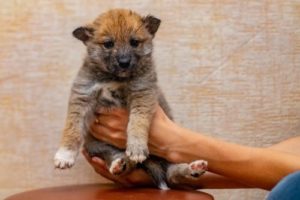 So how did you little ones get here? 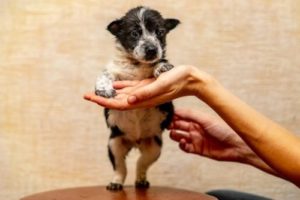 Hearing the man’s voice, the pups got out of the box and ran to Ruslan, trying to get on his feet, as if it were their last chance for salvation. 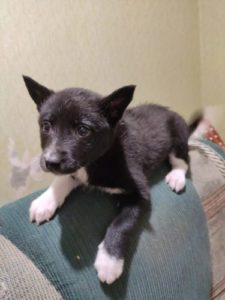 Ruslan realized that no other people were likely to walk down this path today, which meant that he really was the only one who could help the little ones. The man wrapped the puppies in his sweater and carried them home. Ruslan is a volunteer who helps animals and takes care of a dozen cats and four dogs who live with him in a rented apartment. 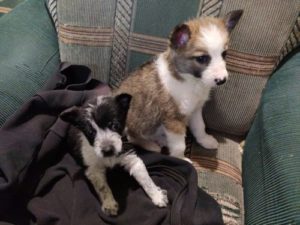 At home, Ruslan realized that the puppies had only recently been born, because they had not yet learned to eat on their own. The man had to feed the babies from a bottle with baby formula.