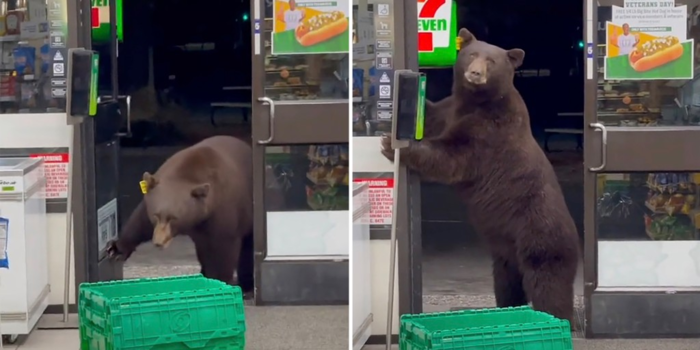 An unusual story happened in one of the stores of the 7-Eleven chain in the United States of America, in California near Lake Tahoe. A bear decided to climb there.

It all started with the fact that a store employee prevented the bear from searching trash cans on the street. The woman returned to the store to call the rescue service. And soon the door was opened by a bear. 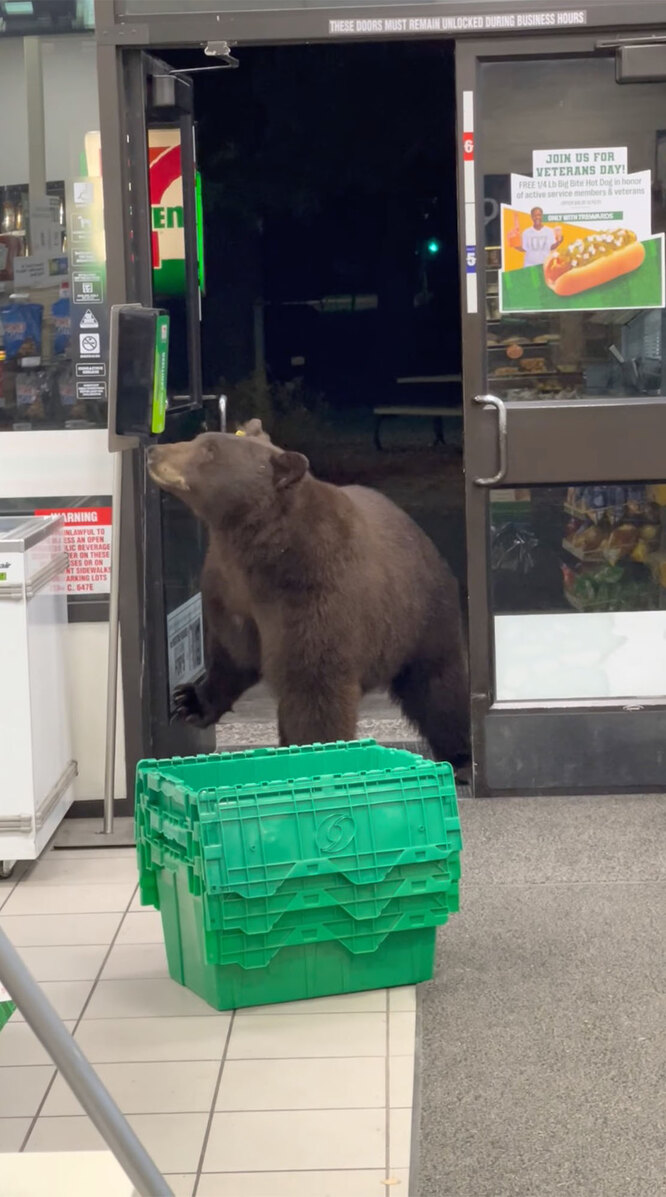 The bear independently opened the door of the store and went inside. He used antiseptic near the entrance. However, the conscious bear was still not welcome.

The bear stood up on his hind legs in full height and held the door, while licking his lips. The girl was in complete shock at that moment. She filmed what was happening on video, simultaneously shouting for the wild animal to stop doing it. 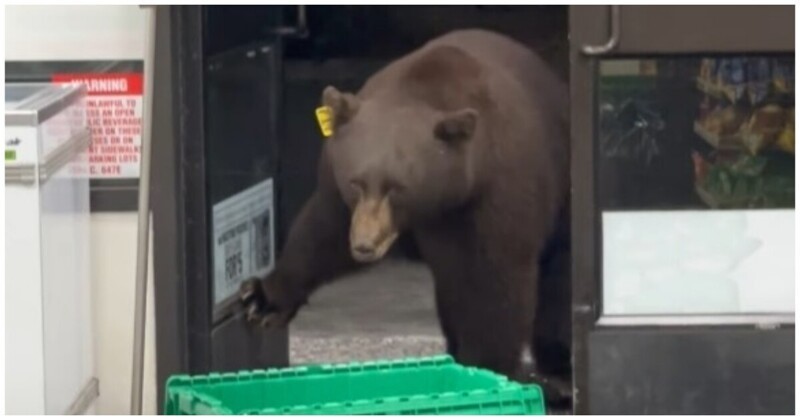 The emergency service officers who arrived at the scene chased the predator away. But, as it turned out, not for long. In the morning, the forest dweller again came to the garbage cans and began to dig into them.