When Sabrina Pellegrini and her husband Claudio Piana went to bed the night before in their old house in the municipality of Campo Ligure, it was pouring heavily outside. But no one expected a natural disaster to break out here.

“My wife got out of bed at night because our two cats Simba and Mose were awake and making a lot of noise. My wife went over to them and saw that they were playing with a piece of plaster that had fallen from the ceiling. Then she saw a huge crack in the ceiling. There were cracks and crevices everywhere on the walls, too.”

As it turned out, while the couple slept, heavy rains caused flooding in the area that washed away the bridge and also caused landslides. One such landslide hit Pellegrini and Pian’s house during the night. By the time the cats woke them up, by some miracle the house was still standing. 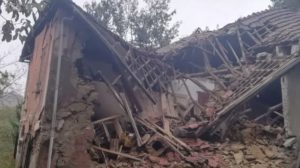 Realizing that they were about to be buried under the rubble, the couple began to get out of the house, which they did with great difficulty. When they got outside, all the approaches to the car next to the house were blocked with mud. Luckily there were firefighters nearby and they helped the couple get on the road.

“And soon my brother called me and told me that our two-story house had finally collapsed,” says Piana. 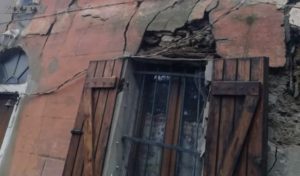 “Now we have nothing left and the firemen say we had better not even go near the remains of the house, as it is dangerous. Fortunately, both Simba and Mose were rescued as well.”

Now the couple and their cats have found shelter in their friends’ small house, which had long been offered to them as a summer residence, but they hardly ever lived in it. Now it will become their permanent new home. 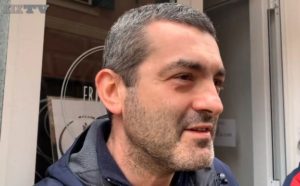