The popular expression «happy as an elephant» takes on a new meaning at the City Zoo in the Polish capital of Warsaw. They decided to treat elephants’ stress by using high doses of marijuana. No, the elephants won’t have to be taught how to smoke. The cannabinoid CBD is administered to the animals in the form of special concentrated drops through their trunk. 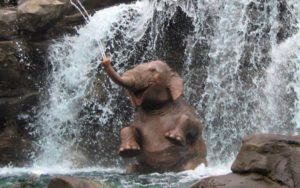 Using medical marijuana to treat animals is not new. Cannabis has long been used to treat nervous disorders in dogs and horses. But it was at the Warsaw Zoo that they first thought of applying such therapy to elephants. 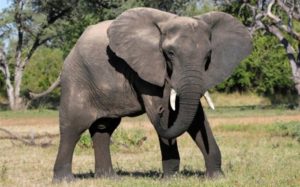 Project leader and chief zoo veterinarian Agnieszka Cujkowska told reporters that treatment has already begun and the first doses of cannabis have already been given to Frederica the elephant. Dr. Cujkowska says that the animal did not object to taking the drug and took the treatment calmly.

The drug cannabinoid CBD does not cause euphoria, addiction or side effects that negatively affect the animals’ livers and kidneys. There will be no huge barrels of narcotic potion in the elephant enclosures. The dose needed for the elephant fits in a small glass vial. 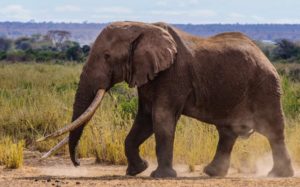 The drug is administered through the trunk 2-3 times a day, a few drops at a time. By the way, the dosage of cannabinoid for an elephant is the same as for a horse. The aim of the project is to study the prospects of treating stress in elephants with a drug that has shown its effectiveness in the case of other mammals. So far, only one elephant has received marijuana in medical doses. But two more animals will soon join the experiment. 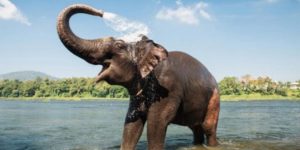 Unfortunately, it will be a long time before we know the results of the experiment. Agnieszka Cujkowska says that the first results of the treatment will not appear until two years later. If the fight against stress in elephants with cannabis is effective, the research will continue with other animals living in captivity.