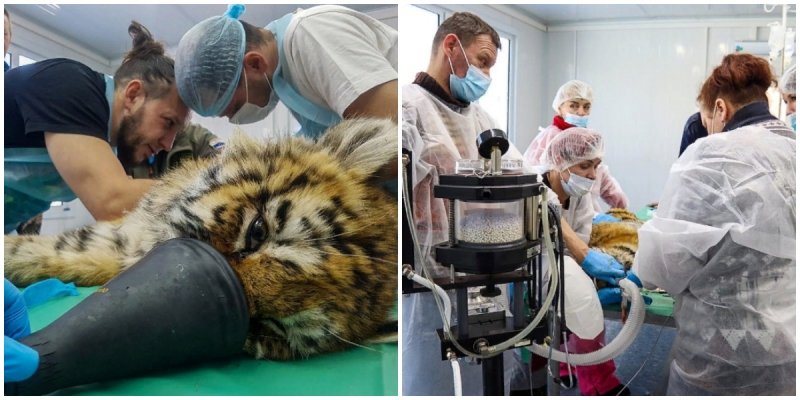 A fisherman found a tiger cub on the bank of the river, which was frozen and was all alone. He immediately reported the find to the hunting inspectorate. Specialists arrived and took the baby away. The 4-month-old tigress was exhausted. She had severe frostbite and severe injury to her lower jaw.

Inspectors of the hunting supervision service of Primorye brought the baby to the Amur Tiger center. There, veterinarians immediately set about saving the life of the red book predator. 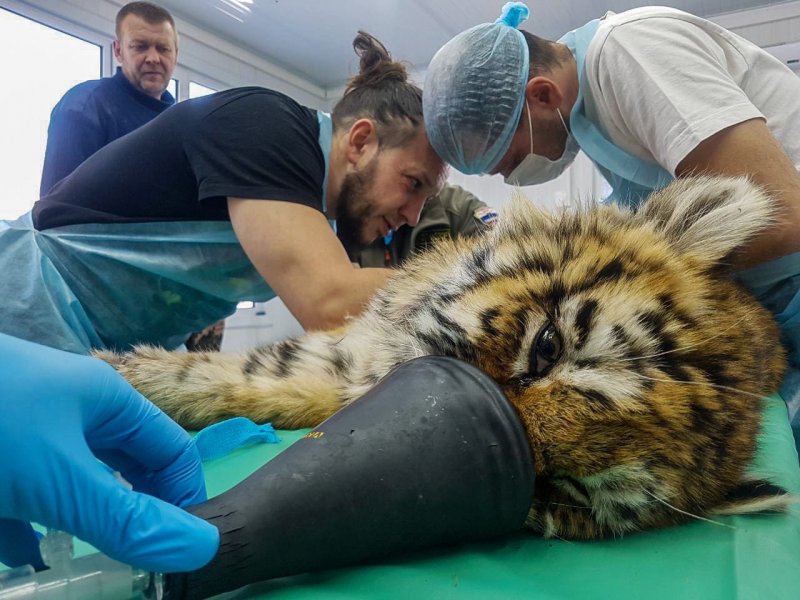 First, the specialists of the center fed the baby and conducted a course of treatment with antibiotics. The operation was postponed, as the dehydrated tigress could not endure it. A week later she got better, she gained weight.

“Over the next week, she gained 10 kg, began to move more and show a healthy reaction of a wild predator to a human. It was expressed in the fact that the specialists bringing food to the tiger cub in the quarantine unit, instead of a sad doomed look, began to receive a portion of serious tiger hissing,” the Amur Tiger center said. 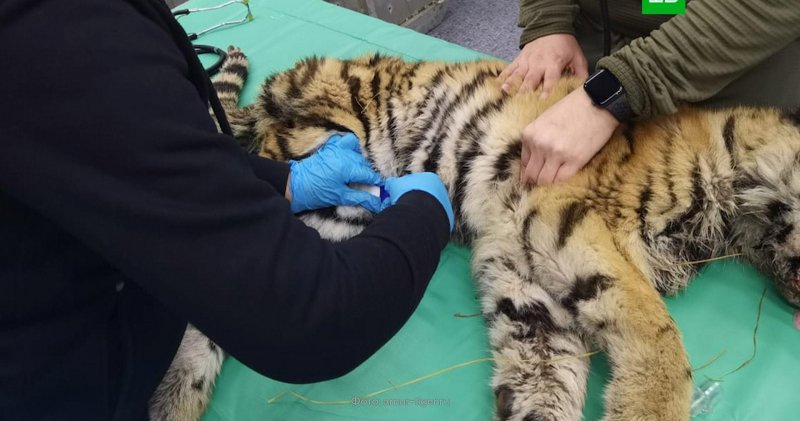 Veterinarians managed to stabilize his condition, and doctors, after performing a complex surgical operation, gave the baby a chance for a full life and, perhaps, even a return to the wild. 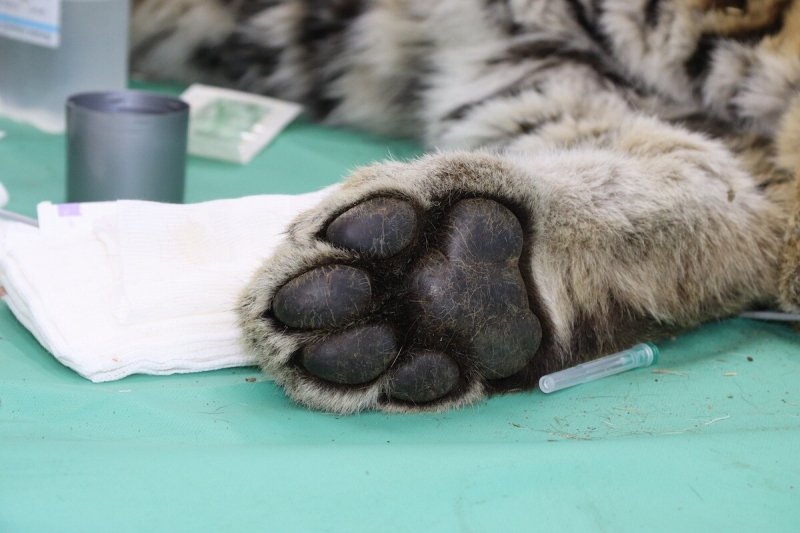 The motherless baby most likely encountered a dog that caused her injuries. If it wasn’t for the fisherman, she could have died. After the operation, the tigress will undergo a rehabilitation course. While it will grow in the center, and then it will be released into the wild of the reserve.