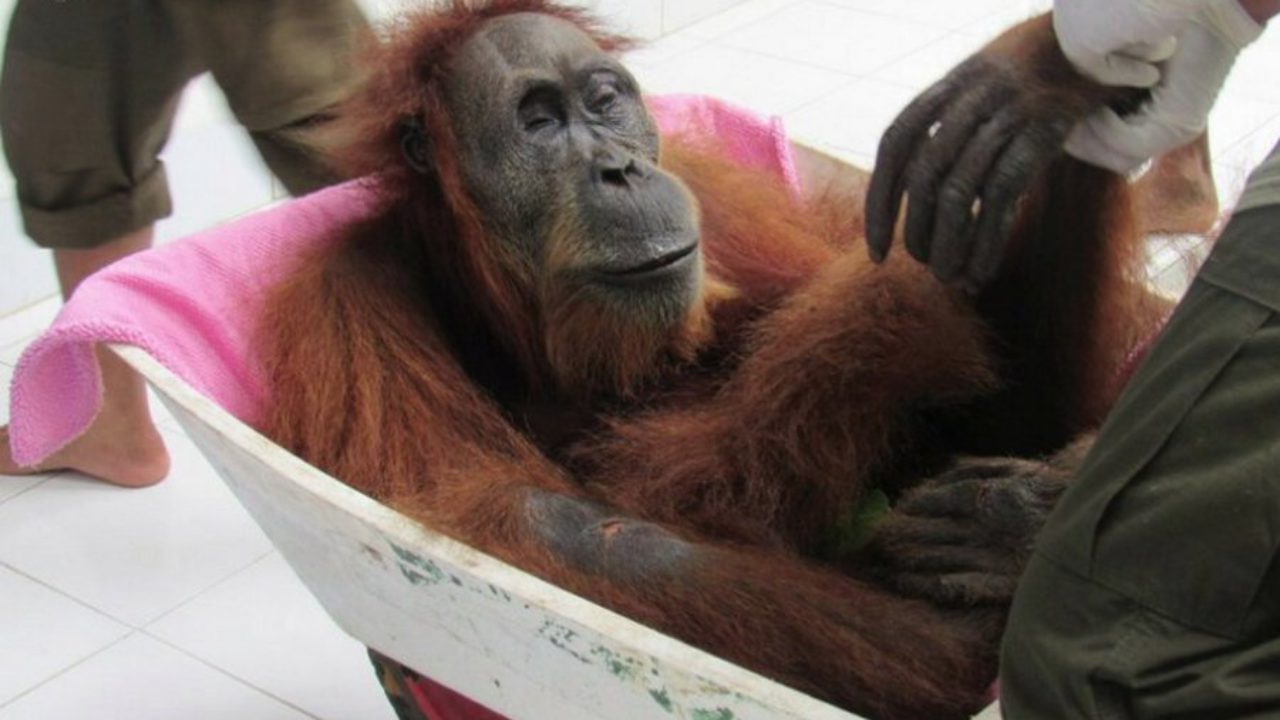 Residents of a village in northern Sumatra discovered a female orangutan who came to the farm. She was wounded, and she was holding a dying cub in her arms. It seems that it was saving him that his mother got into a fight with poachers. The villagers took the animals to the veterinary clinic.

Veterinarians X-rayed the female, named Hope, and found 74 bullets in the body, 4 of them hit the left eye, and 2 – in the right. In addition, there were several large open wounds inflicted by a sharp object on the body. Doctors believe that the female fought with people, trying to protect her cub. Hope underwent her first surgery to repair a broken collarbone, but she will never be able to see again.

The cub was less lucky. He was extremely exhausted. Apparently the wounded mother could not feed him. He was too weak to resist the infection and died shortly after being taken to the hospital.

In the Indonesian province of Aceh, people are increasingly clashing with orangutans. Constantly expanding palm plantations, from which paper and palm oil are produced, people invade the ancestral habitats of Sumatran orangutans, cut down jungles, deprive monkeys of shelter and food.

Despite the numerous wounds, Hope has every chance to recover, although the path to the wild is closed for her. During the operation, doctors extracted only 7 bullets. Their main task was to restore the collarbone and prevent the risk of infection.

Hope is being treated at a specialized hospital in Sibolangit Province in northern Sumatra, which operates as part of the Sumatran Orangutan Conservation Program.

The task of the Program staff is to help animals affected by collisions with people, as well as the organization of special parks-you will escape. Such places are intended for orangutans who, as a result of a long stay in captivity or a collision with poachers, cannot live in the wild. It is one of the runaways that will become a home for Hope after recovery.