Recently, a woman called Alina and told her that a dead cat was lying on the road between the two villages, and a medium-sized dog was sitting next to it. Since the woman could not stop, she drove by. Alina decided to go to the place where the woman saw the dog.

The animal was not at that spot. It had managed to run far ahead, towards the city. Alina tried to catch the dog, but it got scared and began to rush around in a panic. There were a lot of cars driving along the highway at that time. The girl was afraid that the dog would run out onto the roadway and be hit by a car. 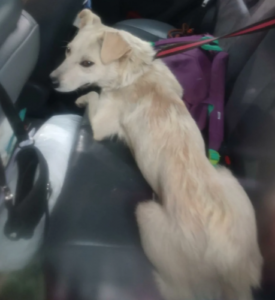 Alina decided to drive on without the dog and try to catch it on the way back. Just then there wouldn’t be so many cars. However, after driving about a kilometer, she saw the dog running after her car. She probably realized they wanted to help her and this time she jumped into the car herself.

Now it was necessary to find a temporary home for the animal. 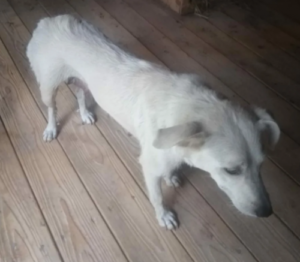 The dog turned out to be a girl, still very young. Her nipples were stretched out, but there was no milk in them. No puppies could be found.

They named her Linda and put her in an enclosure. She was so tired that she even refused to eat. She only drank some water and fell asleep soundly in her kennel. 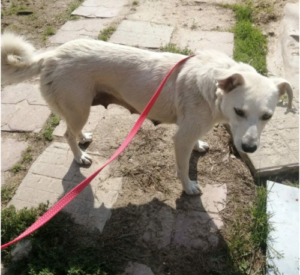 A lot of ticks were removed from the dog, possibly pyroplasmosis. Alina took Linda to the vet, and he confirmed the diagnosis. But luckily, the disease was only at the very beginning. The dog was given injections and returned to her enclosure.

In the morning the little one was already eating well! The treatment helped!

Linda is a modest and quiet girl. She does not take many walks. She likes to be cuddled and sit still. 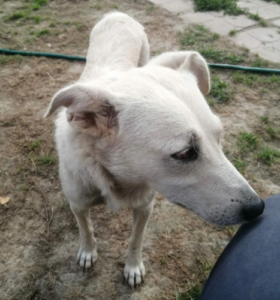 We doubt that such a domestic dog could have run so far on its own. There are people who have seen her in the woods along the highway. It is unknown how long she has been there, where her pups are, and where she used to live. But that’s all unimportant now. The main thing is to find a good family for her.

Where the tallest people on the planet live
Tallness has long been considered an attractive trait for men and often for women.
LIFE STORIES 0 38

Scandals of the Golden Age of Hollywood
Today’s Hollywood stars are considered masters of noisy quarrels, loud scandals and divorces. And
CELEBRITIES 0 25