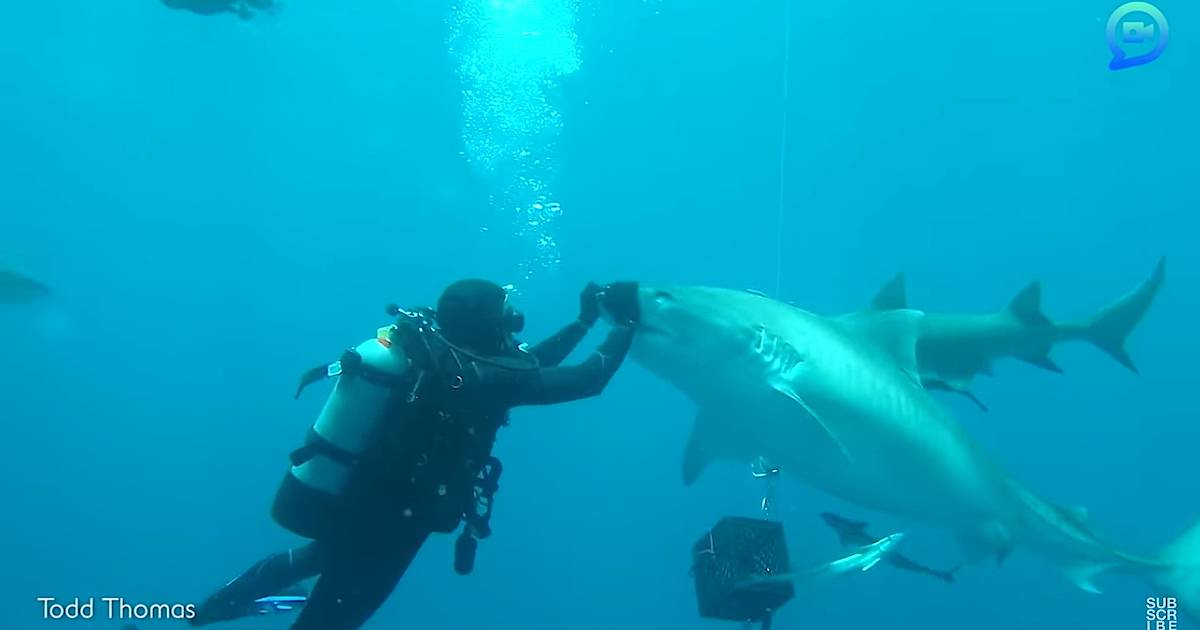 Australian Rick Anderson often visits his shark girlfriend to cuddle with her.

He puts on his wetsuit, takes an oxygen tank and dives into the ocean coast of Nobbies Beach in New South Wales. An interesting meeting awaits him there. 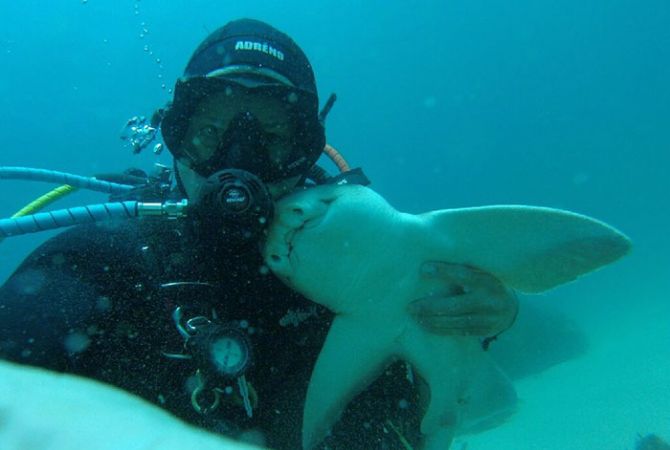 Rick recognizes her by her special markings and the fact that she wants to cuddle with him every time they meet.

“I started communicating with this shark about seven years ago, when she was very young. I carefully swam up to her so as not to scare her, and then I started stroking her. Over time, she got used to me and began to recognize me. Now every time the shark sees me, it swims up to me and insistently beats against my legs until I stretch out my arms to hug it.” 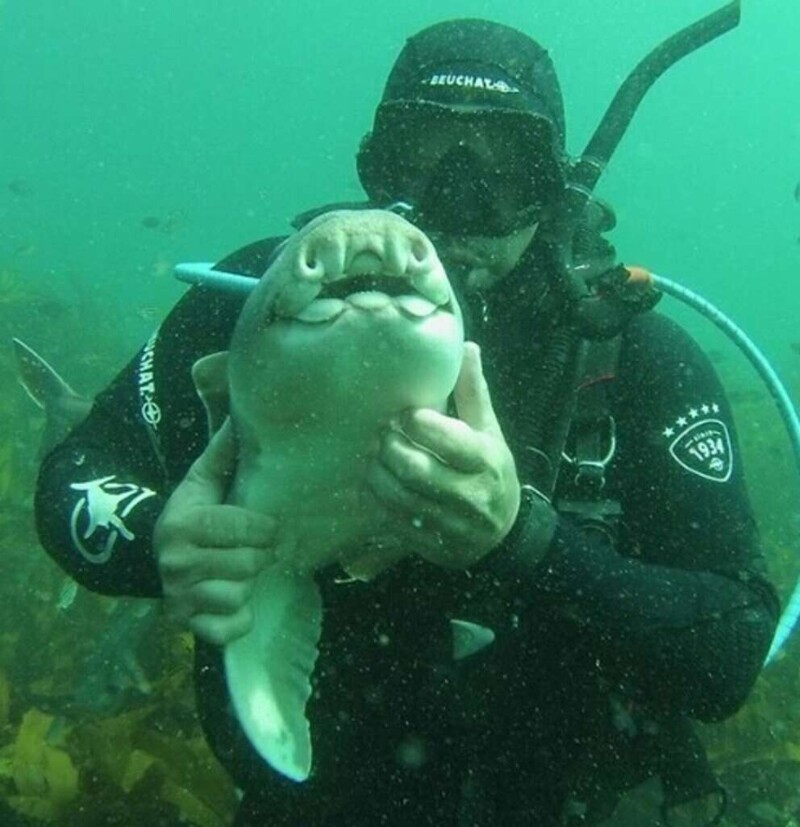 Fellow divers just can’t believe their eyes when they see Rick’s touching embrace with a shark.

Almost all people are afraid to approach these creatures. After all, some of them can pose a serious danger. But Rick swims calmly even with great white sharks.

“People think that all sharks are cruel killers who lie in wait for a person in the water to eat him. But in fact this is not the case,” the driver is sure.
The Australian hopes that his unusual friendship will help other people to be less afraid of sharks, as they rarely attack a person.